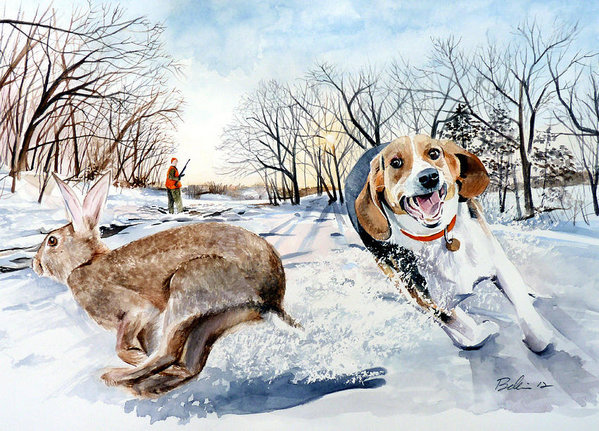 Who knows how we come up with certain nicknames for dog breeds, but certainly abbreviations of a breed name are prominent among the “why’s:” American Eskimo Dog = Eskie, Doberman Pinscher = Dobie,  Rottweiler = Rottie, Dachshund = Dachsie, Icelandic Sheepdog = Icie….you get the drift.

Some nicknames are rooted in physical attributes:  The Affenpinscher’s simian-like face lead to the affectionate moniker of “monkey dog,” the Chinese Shar-Pei’s skin makes it the only breed also known as the Sharkskin Dog, and the Papillon’s ears make it also known as the Butterfly Dog. Some breed nicknames are a tribute to the dog’s original job, i.e. the Bullmastiff, aka the Game Keepers Night Dog, or the Keeshond’s “Dutch Barge Dog” label.

And then there are the nicknames that make us scratch our head. The “Jelly Bean Dog?”

How about this one: The Jelly Dog. In what universe would a dog be associated with jelly? As it turns out, it would be the world of the old British hunt. It took some digging in old books on Beagles to ferret this out because while several sites make reference to the Beagle’s nickname, “Jelly Dog,” none that we found explained why.

Image: “Late Season Rabbit 2,” a watercolor illustration from the story, Late Season Rabbit, published in the February 2013 issue of Pennsylvania Game News. It was created by Dana Bellis and prints are available here.