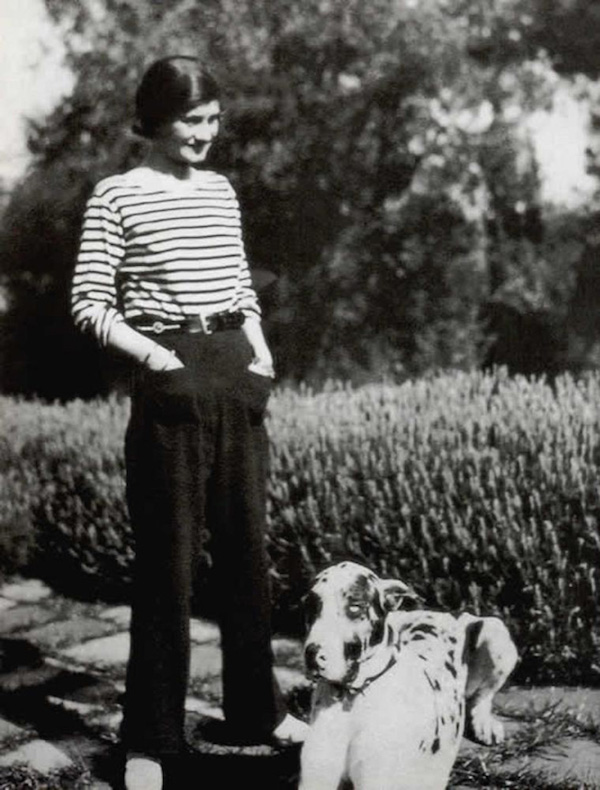 “Youngsters” may recognize the name, “Chanel” only as a perfume, but Coco Chanel was much more than the name of a fragrance. She is the only fashion designer ever listed on Time magazine’s list of the 100 most influential people of the 20th century. Why? Let’s count the ways:

With regards to that fragrance, “Chanel,” was the first man-made perfume using synthetic compounds rather than essential oils. It was introduced back in 1921, and Chanel No. 5 is still the best-selling perfume in the world;

Chanel was the first designer to use jersey, and until she did, it had been used only to make men’s underwear. It probably lead to her designs making it “okay,” if not de rigueur, to wear sporty clothes;

She made the Little Black Dress a necessity in every woman’s closest;

The design of her famous “Chanel Suit” was actually borrowed from menswear, and the collarless wool jacket with braid trim and matching slimline skirt gave many professional women who were trying to build a career in a male-dominated workplace a sartorial choice beyond a dress;

She made wearing trousers a fashion choice for women;

She created the two-tone spectator pump, and 59 years later, ballet flats are still a favored choice of footwear for women;

She put long straps on purses, and freed women’s hands in the process;

And speaking of freedom Chanel is credited with freeing women from girdles, restrictive lingerie, and fashion that could be described as bondage passing as fashion;

Though she wasn’t the first designer to do it, Chanel popularized the use of faux and costume jewelry and made it acceptable to wear fake pearls and inexpensive pieces;

It was Coco Chanel who made the sailor top a coveted piece of clothing, and she’s wearing one in the photograph above which leads us to the next thing: She made it acceptable, if not fashionable, for a woman to own a dog that heretofore had been considered a “man’s breed.”  Seen here is her Great Dane, “Gigot” at her house in the French Riviera, La Pausa, in 1930.