Dog fanciers sometimes honor their first dog by naming their kennel after that dog (and by kennel, we don’t mean a building full of dog runs, but rather, their breeding program, or the registered name the puppies have in common). Tim Manhart, however, honored his dogs by naming his business after their breed. 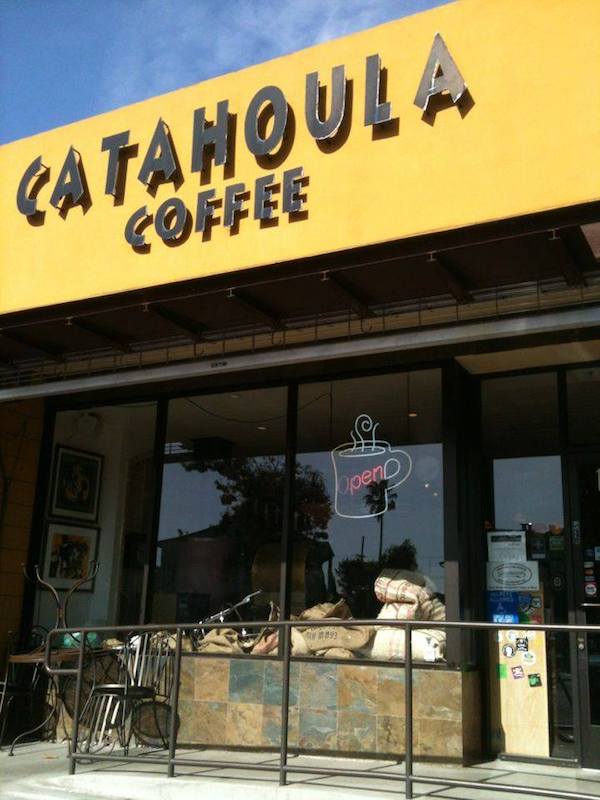 “Mocha,” “Abbey,” “Lola” and “Buzz” are Catahoula Leopard Dogs, and the Catahoula Coffee Company pays tribute to them with 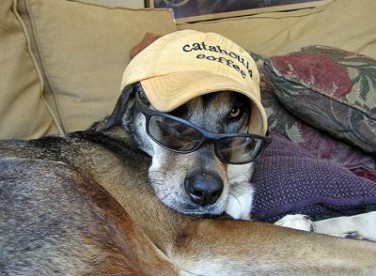 several coffee blends named after them. Manhart has said that much of the business’s web traffic comes from the Catahoula name and fans of the breed.  His business’ coffee bags and logo bear the image of Mocha (seen at the right), his own Catahoula. Catahoula owners may even be tempted to purchase their own “Catahoula Coffee” hat (and tell them where you read about them!)

If you live in Richmond, California, you can find their cozy, café in the North and East neighborhood.