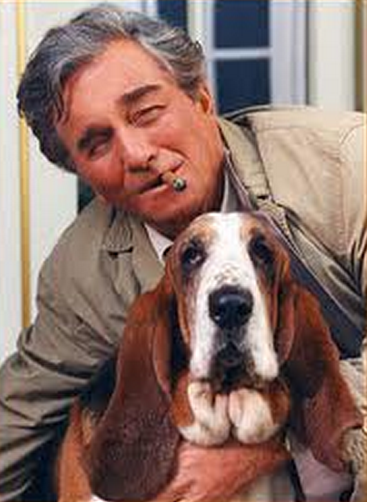 Most of us really liked Columbo, the TV detective without a first name, but we loved his Basset Hound, also apparently without a name beyond, “Dog.” The rumpled policeman once said, “He’s a dog, so we call him Dog.”

In “real” life, the actor who portrayed Columbo, Peter Falk, wasn’t keen on having a dog as an occasional co-star, but NBC insisted, and Falk relented after seeing “Henry,” the Basset Hound who would play “Dog.” “Columbo” wasn’t Henry’s first rodeo, so to speak. He played a firehouse dog named “Henry” in “Emergency,”  but his role on Columbo as the “ice cream eating, TV watching, frequent-guest-in-the-neighbor’s-swimming pool” dog earned him (and his breed) a lot of fans.

Like his character, Henry was found at an animal pound in Burbank, California by his trainer, Ray Berwick, but after his Hollywood days were over, Henry lived out his life as a beloved pet and ultimately passed away of old age.