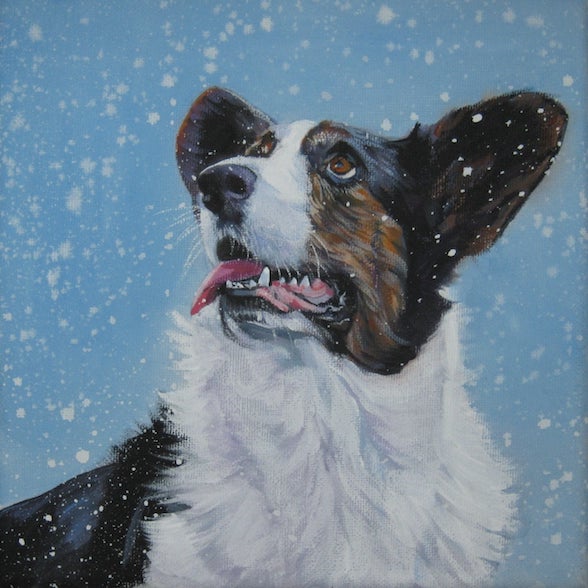 The name inspires dread, but the Domesday Book (sometimes misread as the Doomsday Book) is a remarkable book. It is Britain’s earliest public record and contains the results of a huge survey of land and holdings commissioned by William I in 1085. It recorded who held land, owned animals and other resources, and how they were used. Domesday is the most complete record of pre-industrial society to survive anywhere in the world and provides insights into the medieval world.  Almost a hundred years later, another book stated that the book was called ‘Domesday’ as a metaphor for the day of judgement, because its decisions, like those of the last judgement, were unalterable.

The Domesday Book may also be the first reference to “yard dogs,” canines that measured one yard from the tip of their nose to the tip of their tail.  It was this reference that inspired a handful of Mid Wales farmers and fans of the Cardigan Welsh Corgi to name their breed society Cymdeithas Cwn Llathen Ceredigion: The Ceredigion Yard Dog Society.

Alarmed that fewer than 300 Cardigans were registered the year before, breed admirers organized in 2011 to save it from extinction. At the time, the society chairman, Arwyn Morgans, was farmer, butcher and show judge who bought his first dog for half-a-crown when he was a 10-year-old kid growing up on his parents’ Cardiganshire smallholding. In an interview with North Wales Live, Morgans remembered an anecdote he’d been told by a friend. As the story goes, three men and four dogs were trying to get a stubborn Charolais bull into a trailer. They’d been at it for hours and had made no progress. One man finally said that it was time to get the Corgi. “A Corgi,” another said. “We’ve been at it for two hours, what’s a Corgi going to do?”

The man fetched the Corgi and two minutes later, the bull was in the trailer.

We don’t know the current status of the Ceredigion Yard Dog Society, 2011 was the one and only time we saw mention of it. The Cardigan Welsh Corgi, however, remains a vulnerable breed, and indeed, registration numbers in the UK are worse now than they were when the Ceredigion Yard Dog Society was formed. In 2020, only 132 Cardigans were registered. Figuratively speaking, it’s a criminal state for a dog that’s been in existence in Wales for over 3,000 years. The breed is faring better in the US where it was accepted by the AKC in 1935. In 2020, Cardigans ranked 66th in popularity out of 195 recognized breeds.