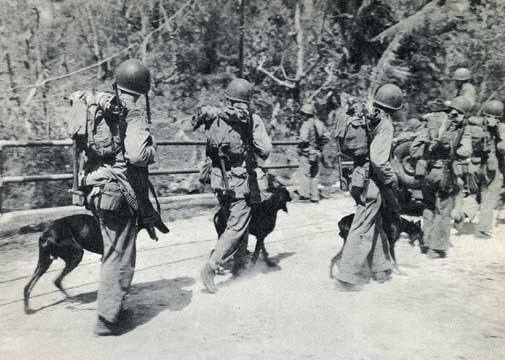 From the end of WWII moving forward, never again would there be calls for dog volunteers to “enlist” in the military. Only specific dog breeds were selected, German Shepherds and Belgian Malinois being two of them. One additional breed served bravely and mightily on the island of Guam: Doberman Pinschers. These dogs lead over 550 patrols, and twenty five of them died in the service of their country there. It took over 50 years to get a memorial honoring them built on Guam, but it was built, and it now sits close to where the dogs were buried by their handlers who never forgot them.

We’ve mentioned these Dobermans before, and we’ll continue to mention them in the future because we never want them forgotten.