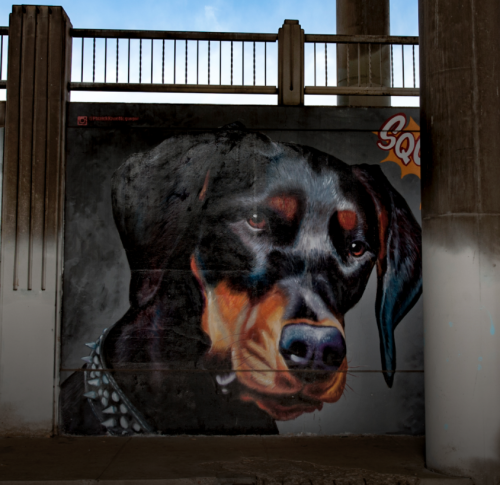 The “Duct-Work” art project that debuted in Denver in 2016 featured street art from twenty local artists. The concept of using art to “return a place to its community” was a noble one, if not a bit fatalistic: Going in, the artists knew their work would be destroyed.

Nine sponsors and a $6,000 grant from the Denver Urban Arts Fund enabled local artists to bring their vision to the underbelly of an aging 57-year-old viaduct before it was to be demolished to reconstruct a 10-mile stretch of highway. Before that happened, the occupants of some 8,500 vehicles that passed through the area every day would see, if only momentarily, what could be done with paint and concrete. 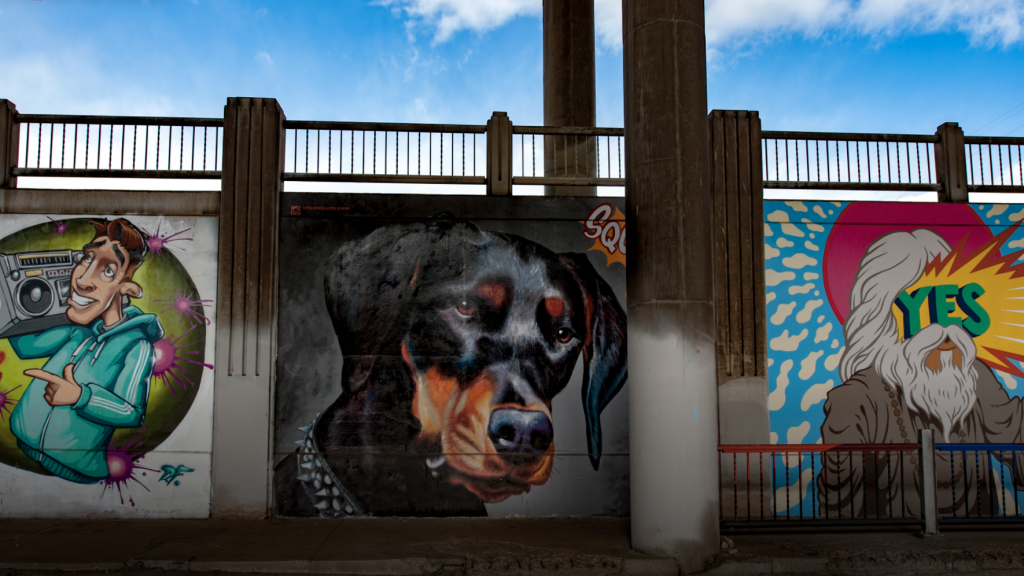 The project was done in phases, and the Doberman Pinscher seen here was part of the second stage, Duct-Work 2. Using aerosol and acrylic paint, artist, Patrick Kane McGregor, created the untitled mural on the I-70 Viaduct between Brighton Blvd. and York St. in the Elyria/Swansea neighborhood. As McGregor’s bio read at the time, McGregor “enjoys painting animals, especially dogs, as they are a big part of his life.  He has a deep appreciation and pride for canines in his paintings, and likes to represent them majestically as they live in the moment.” Though the Bulldog seems to be recurring subject for McGregor, the choice of breed for the viaduct came naturally. He and his wife had two Doberman Pinschers of their own, “Kita” and “Bruno.”

The third phase of the project, Bye a Duct, could be monitored in 2018 through the magic of a webcam.