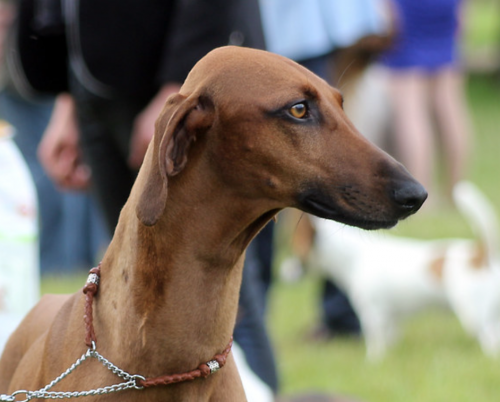 “The Azawakh is renowned for its requisite “warts” on its head – warty growths prized by the native nomads.”
– Canine Lexicon by Andrew De Prisco & James B. Johnson

When we first read this line and couldn’t find a secondary source to substantiate it, we shrugged our shoulders and moved on. The following year, we ran across a similar reference, and reasoned that the author had seen the same book we’d seen, and simply paraphrased the sentence.

Yesterday, we saw it again, but this time in a different context and with specificity: Five warts were considered ideal. This time, we decided to get to the bottom of it. This time, we knew a few Azawakh fanciers we could consult. Because of them, we were able to come at the topic from a different direction, and curiously, it was from a medical perspective. We caution that different sources have different ways of expressing what may be the same thing. We’re sharing what we found.

Most dogs have tubercles from which whiskers grow. It’s probable that Azawakh “warts“ are, in fact, “tubercles“ from which whiskers grow, two on each cheek, the fourth and fifth located approximately in the centre of the lower jaw. On the long narrow head of an Azawakh covered with extremely short coat, these tubercles are easy to see as compared to breeds with longer coats. 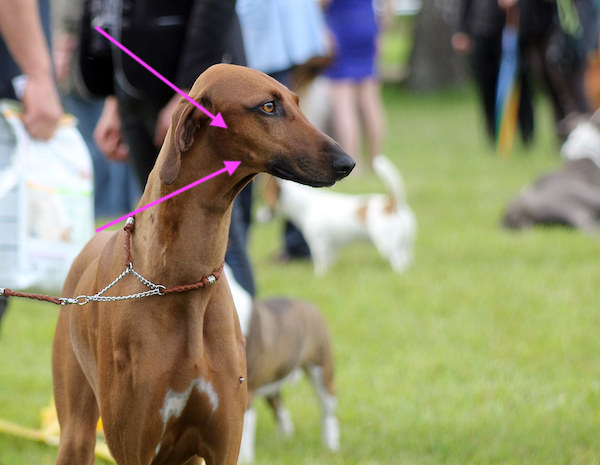 Two moles on one cheek

On the cheeks of an Azawakh, there are also lymphatic nodes quite obvious not just because of the short coat, but also because of the breed’s extremely thin skin. The nodes are especially apparent during a youngster’s teething.

Centuries ago, nomads regarded the presence of these tubercles as signs of purity, but today, an owner inexperienced with this rare breed may become alarmed by visible nodes and consult a veterinarian equally inexperienced with the breed. We actually read of a case in which such a vet considered the nodes to be malignant tumors. The dog was a five month old puppy. We read of another situation in which an adult female nearly had several teeth extracted by a vet who thought the swellings were signs of serious dental issues. Happily, the vet was informed in time that the nodes were normal. In such situations, it pays to palpate, check nodes on the rest of the dog’s body, and look for other symptoms.

Image: “Azawakh at dog Show” by corinne benavides is shared under the CC BY-NC 2.0 license allowing for the copy and redistribution of the material in any medium or format