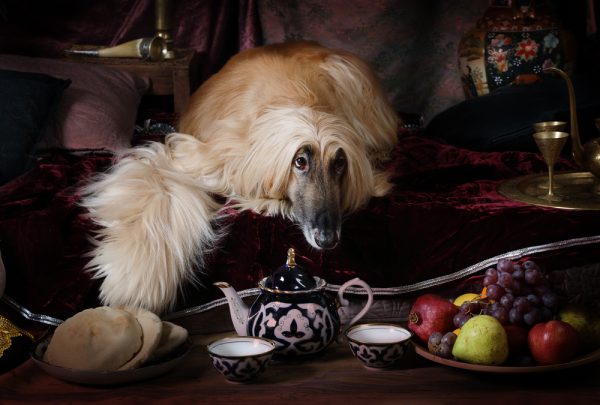 Unless you are in her field, you probably don’t know who Polly Matzinger is, but if you enjoy interesting people, you’d probably want to meet her. She brings to the table what has to be a treasure trove of anecdotes from her days as a bartender, brick cleaner, cocktail waitress, bass jazz musician, carpenter, dog trainer,  people trainer (for people who owned dogs), and playboy bunny, and that’s just her work life prior to her present “gig.”  We’ll get into what she’s doing now a little further down.

Polly was born in France to a former nun turned potter, and a Dachau concentration camp surviver working as a carpenter to support the family. The Matzingers came to New York in 1954, but moved to Hollywood when Polly and her sister were barred from Long Island’s public schools because they didn’t speak English. In California, two more kids were born,  Tangy and Jeal. When she turned eleven, Polly took the family Beagle, Trixie, to a training class, and that launched a life-long love affair with the species. Dogs provided Polly with companionship during the many times she felt isolated, and frequent moves lent themselves to such feelings. The yearbook caption under her senior year high school photo described her as: “Most Likely Not to Succeed.” Ouch.

Polly started college, but she got bored and dropped out. Eventually – eleven years later eventually – she got her BS in biology, but during much of those years, she worked as a cocktail waitress to free up the days to do what interested her.

So there Polly is, 25 years old and waitressing at Mrs B’s bar in Davis, California.  A couple of her customers were scientists, and one night they were discussing their experiments. Polly (eavesdropping) asked a few really good questions. One of the scientists was so impressed that he started a nine-month campaign to get her back to school. He told Polly she had the mind of a scientist, and that if she became a biologist, she’d never be bored again.  He brought her science articles to read and encouraged her to consider studying biology.

Polly did.  She went back to school, finished her degree, and in 1979, completed her PhD in biology. Polly was now 32 years old.

We decided we really liked Polly when we read about a paper she wanted to submit to the Journal of Experimental Immunology the year before she earned her doctorate. In the science world, it was customary to speak in a passive voice when writing a paper: “It was thought… it was determined… it was deemed.” The thought of doing this for an entire paper made Polly cringe.  It wasn’t much of an improvement to write  “I believe, I showed, I demonstrated.”  Polly preferred the “royal we” approach of using a plural pronoun (we), but she was the only writer.

Polly recruited her dog, an Afghan Hound named Galadriel Mirkwood, to be co-author. The paper she submitted was shown as being authored by Matzinger and Mirkwood. It was accepted and published, and when the journal’s editor learned that “Mirkwood” was actually dog, the journal refused to publish any more of Polly’s work. That is until the editor died over ten years later.

Nevertheless, it was just the beginning for Polly. In 2002, Discover Magazine named her as one of the 50 most important women in science (she’s a foremost immunologist). Take that, “Most Likely Not to Succeed” people.  Polly went on to be Section Head at the National Institutes of Health, but people in her field will know her for the work she has done on understanding the human immune system, and specifically, her “Danger model,” a new explanation of how the human immune system works. It has inspired novel cancer therapies, but the theory is not without its challengers, and we leave it to readers to delve into Polly Matzinger’s Danger Model.

As if to be making up for lost time, Dr. Matzinger is also an avid sheepdog trainer, and with her two Border Collies, “Charlie” and “Lily,” was on the team that represented the United States at the 2005 World Sheepdog Finals in Tullamore, Ireland. She is one of the featured scientists in the 1995 science documentary, Death by Design/The Life and Times of Life and Times, which you can see below. Dr. Matzinger’s voice appears at the 14:38 mark with her face to follow:

One thought on “Dog Is My CoAuthor”