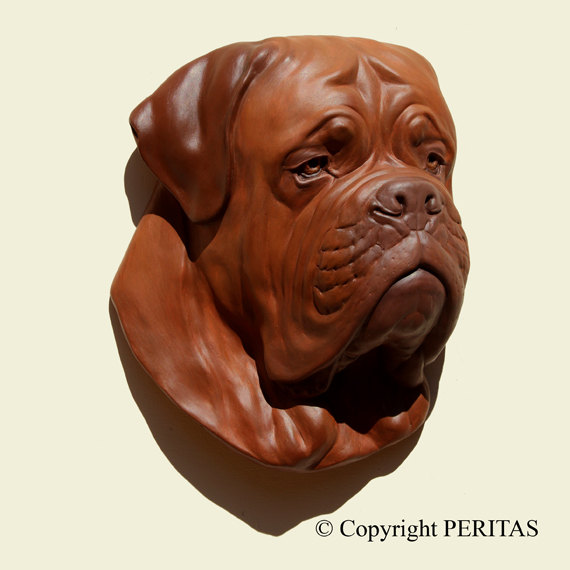 Some cynologists believe the Dogue de Bordeaux to be the oldest native French dog breed, if for no other reason than its membership in the Molosser family (what some refer to as Mastiffs, Alaunts, or Dogues), one of the oldest of all dog types. That said, the precise origins of the breed is a mystery subject to speculation.

We do know that there was a time when the Dogue was classified into three varieties, each distinguishable from the other, but all unmistakably Dogues. They were the Parisian, the Toulouse and the Bordeaux, depending on the region of France from which they came, and the jobs they performed:

The first French dog show took place in Paris in 1863 at the Jardin d’Acclimatation, and Dogues de Bordeaux made an appearance there (the winning Dogue was a bitch named “Magentas”). Early Dogue de Bordeaux breeders were faced with a challenge, however,  given that there were three varieties of their breed and no breed standard. That came in 1896 when Le Dogue de Bordeaux was published under the joint effort of French breed authorities. The best breed traits of exhibited dogs over the preceding 20 years were considered, the eventual standard based heavily on the most numerous and supposedly purest Bordeaux variety.

The size of the breed’s head was kept to what would keep the dog athletic and able to work.  The wide variety of colors found in the Toulouse type was eliminated and narrowed down to fawn, while the underbite of the non-Parisien variety was selected. A year later, the standard was revealed through a book by Henry de Bylants, “The Breeds of Dogs.”

One thought on “The Dogue de Bordeaux’s Former Varieties”