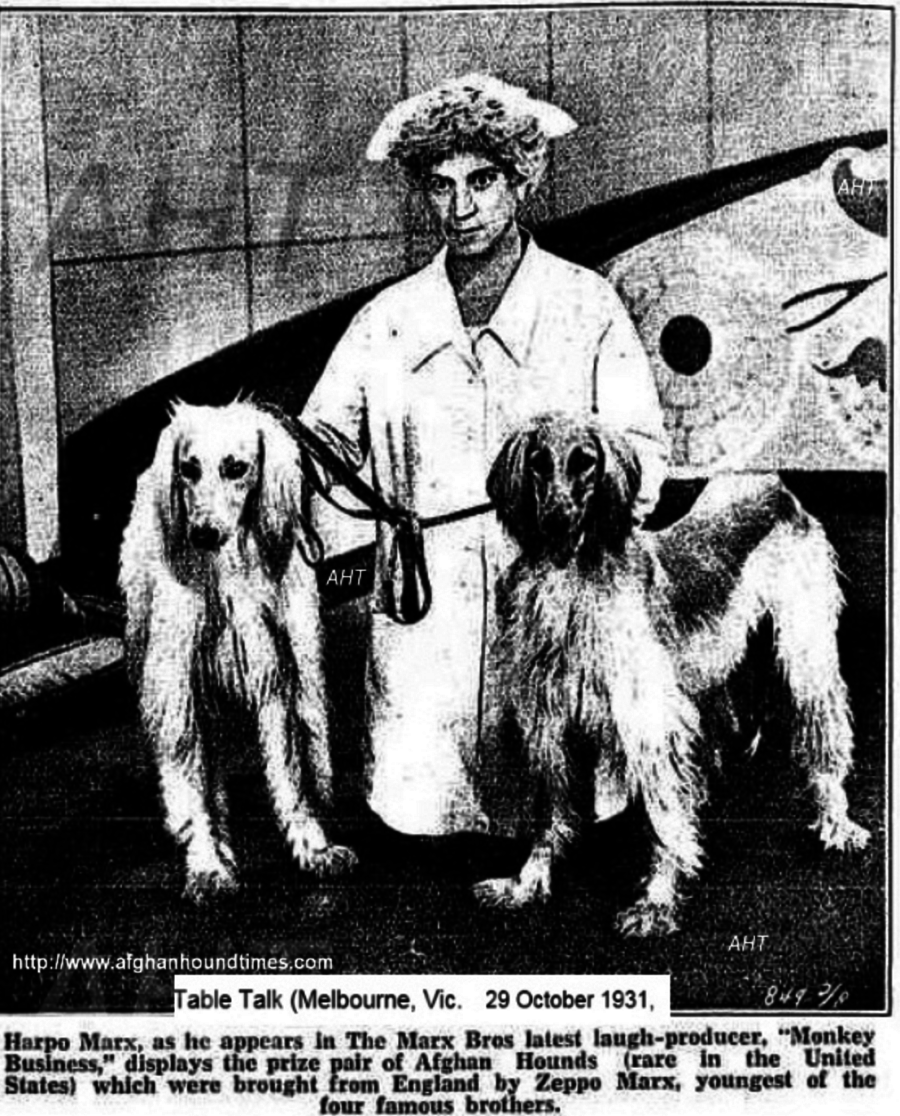 Kuchi Hound, Balkh Hound, Baluchi or Barutzy Hound. Eastern Greyhound, Kabul Hound, African Hound or Tazi. Galanday Hound, Shalgar Hound or Afghanischer Windhund. By many names, the Afghan Hound has been known in ancient times, but despite this, the breed wasn’t seen outside of Afghanistan until the 1900s, and you’ll never guess who was among the first to introduce the breed to America. Go ahead. Guess.

Herbert “Zeppo” Marx, the youngest of the four Marx Brothers,” was one of the Afghan Hound’s earliest fans, and he was one of the first to bring the breed to the United States in 1931. The two dogs that Zeppo imported from the U.K. were “Asra of Ghazni,” and “Westmill Omar.” There’s a fine article about the proverbial “rest of the story” in this issue of the Afghan Hound Times from which this image of Harpo posing with the dogs comes.