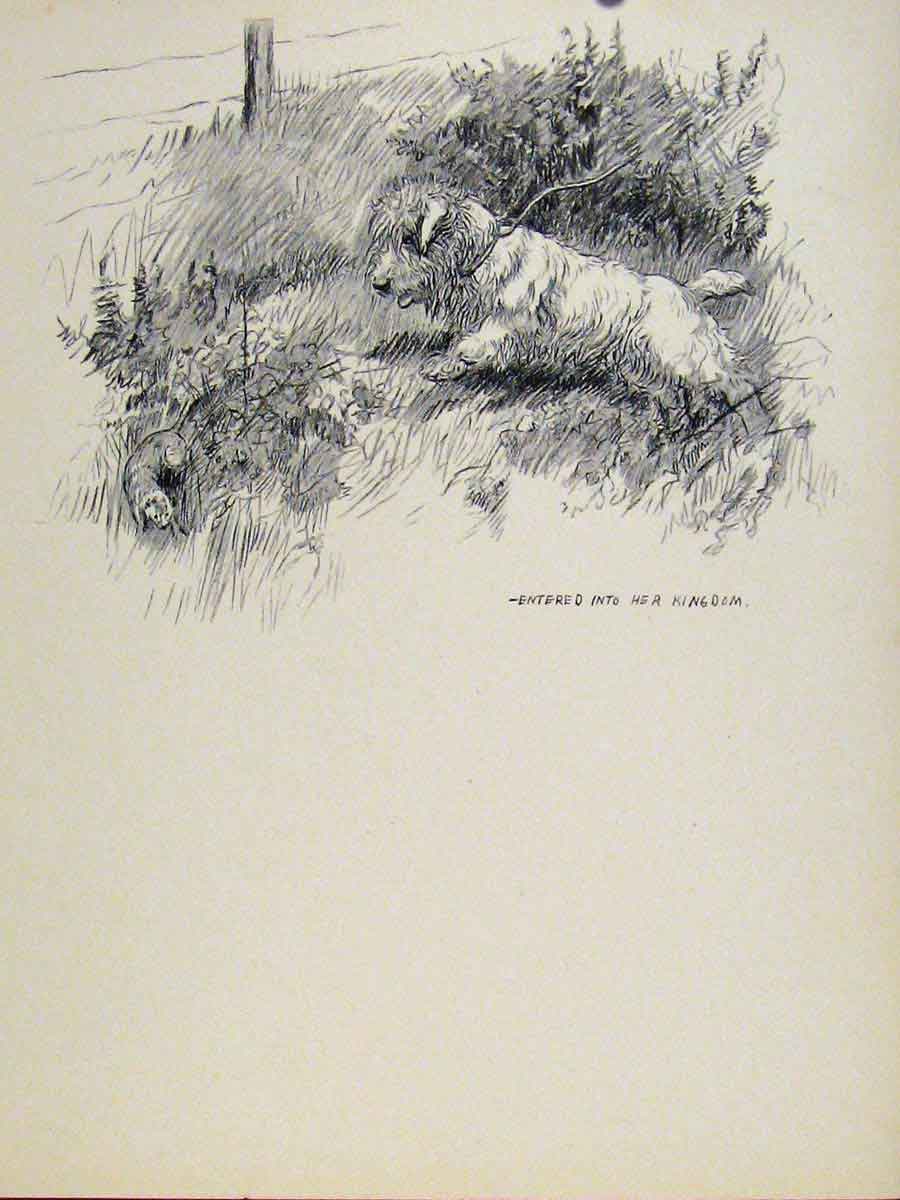 The Glen of Imaal is an actual place located in the western slopes of the Wicklow Mountains between Baltinglass and Hollywood. Active with sheep farming and timber works, the starkly beautiful Glen is also home to the courageous little terrier who looks today very much as he did centuries ago in Ireland and the time of Elizabeth I.

It’s thought that after mercenaries put down a rebellion in Ireland, dogs of the soldiers who settled in the Wicklow region had romantic relations (winkie winkie) with local terrier type dogs. In time, a distinctive unique to that isolated area became known as the Glen of Imaal Terrier.This was a tough, game little dog well designed to take on badgers,mink, rats and other prickly tempered vermin. Glens were what was called, “dead game,” meaning that they were so intent on their foe that under no circumstances would they quit until the job was done.

Glens were employed in another capacity, and that was to power a large wheel that would turn a spit over a hearth. Think hamster wheel. The dog’s short, bowed front legs and well-padded loin were ideally suited for this thankless job, and perform it they did for several hundreds of years. These dogs were called “turnspit” dogs

With the advent of dog shows in the late 19th century, the public got a glimpse of the Glen of Imaal, and there’s documentation that the dogs were being exhibited as early as 1875. It wasn’t until 1933, however, that Glen fanciers organized themselves and petitioned the Irish Kennel Club for recognition. When it came in 1934, the Glen became the third of the four Irish terrier breeds to be recognized. As with so many breeds, the War nearly put an end to advancement in the breed, and no Glen was “made up” in Ireland for over forty years (which is to say that no Glen received its championship title). In time, The Kennel Club of England accepted the breed in 1975, and in the 80s, the breed was increasingly seen in the United States. It wasn’t until 2004, however, that the AKC gave the breed full recognition.