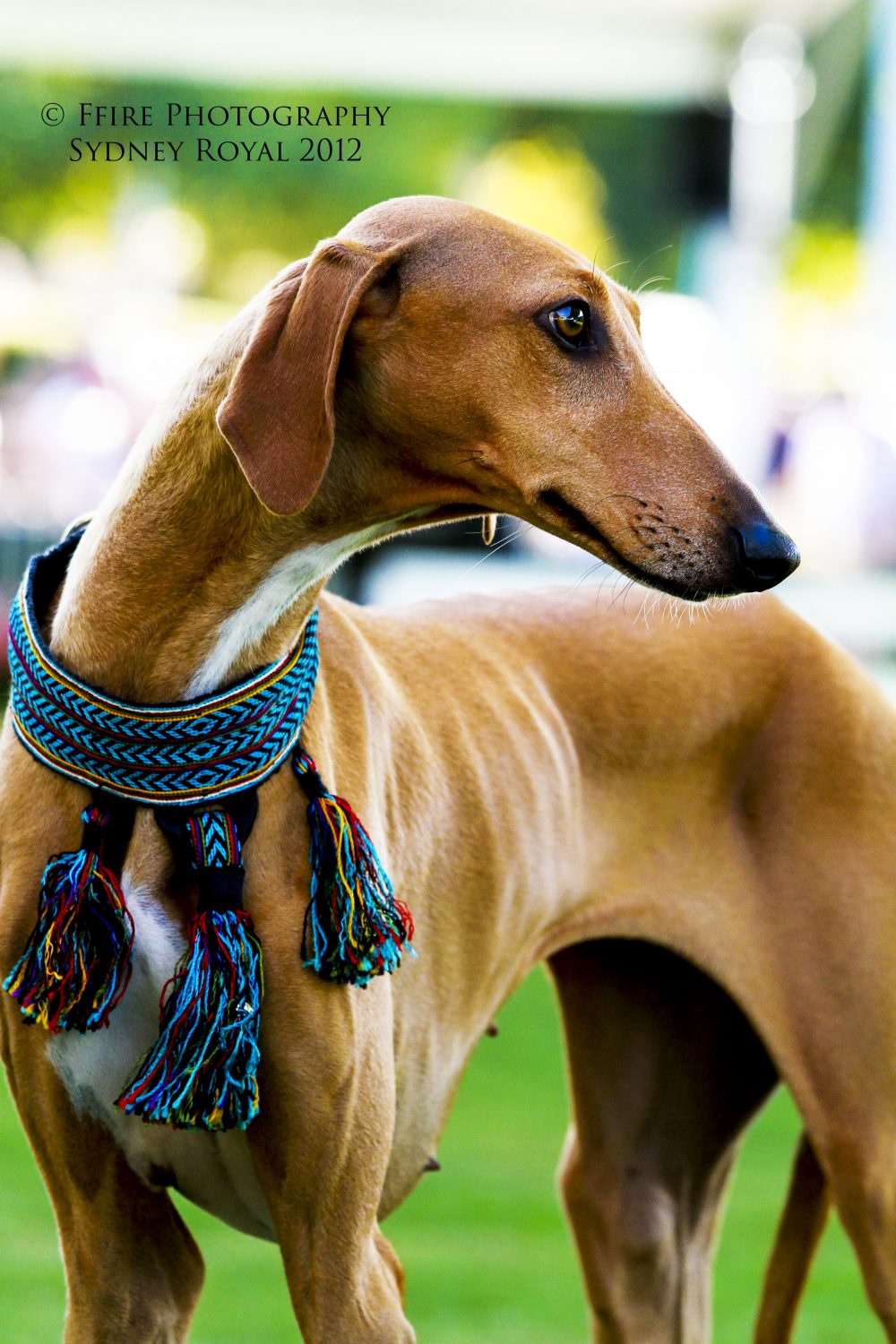 What owner of a fit sighthound hasn’t heard this before?

Outside of a dog show, sighthound owners are all too familiar with dirty looks, a cold shoulder, and even accusations of cruelty (“that dog is too thin!!”). We think it’s time to spread the word that what’s really cruel is a fat sighthound. 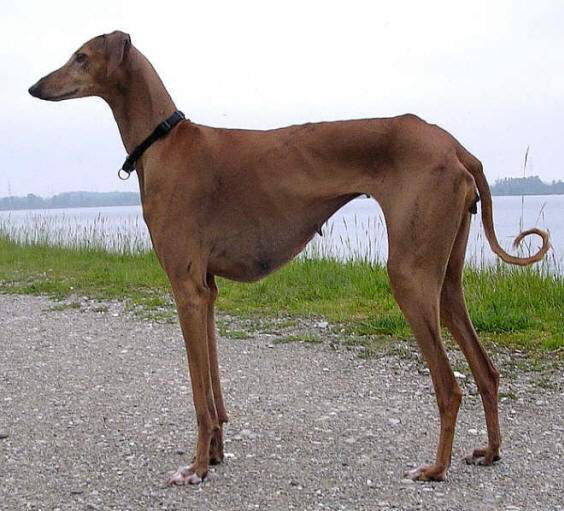 The magnificent creature at the right is an Azawakh, and the perfect example of a dog most uninformed people would say is too thin. Her ribs are visible, her hip bones protrude – even the points of her shoulders are apparent.

In reality, she’s perfect. Her breed is a fit, racy dog built for speed. The Azawakh is extremely athletic, muscular, naturally high in the leg, and her structure and muscles are supposed to be almost transparent beneath fine skin. She has flat muscling which adds to her sleek appearance and helps her release heat and cool more efficiently, while slowing twitch muscles for greater endurance.She possesses a deep chest, a lean and chiseled head, prominent withers, and not much in the way of subcutaneous fat. You might say she is the runway model of the canine world with legs that go on forever.

The Azawakh has been used for centuries as a coursing dog in the Sahel region of Africa. Extra fat would not only slow her down, but hinder her ability to withstand the high temperatures of the region.  At night, she and her mates often sleep on the roofs of the houses of their people, and jumping off the roof to chase away a hyena is a whole lot easier when you’re packing less weight.

So, imagine the following scenario: It’s dusk in the southern Sahara. “Amazzal” (not her real name) and her mates,” also Azawakh, have spotted a gazelle munching on a shrub. Gazelles have an excellent sense of hearing, and the youngest of the Azawakh has made a sound. Suddenly, the gazelle makes his escape, making bounding leaps in high arcs and approaching the 50 mph of which his species is capable of reaching. The Azawakh take chase and are gaining – all but Amazzal. She’s slowing down, overheating, and soon has to stop and leave the chase to the others. Why? Because she looks like this: 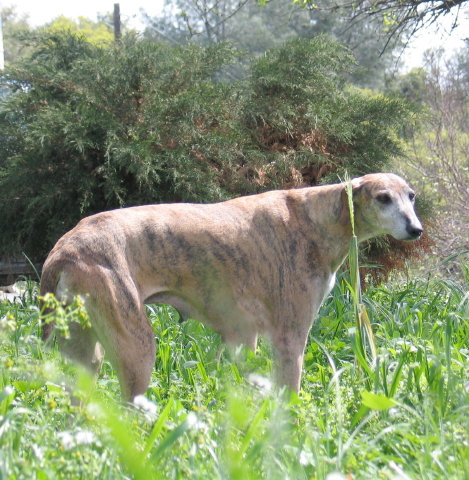 The Azawakh in this photo is not pregnant, nor was the breed designed by nature to carry all this weight. The scenario presented above is total fiction since the nomads and cattlemen who own these dogs would never allow their dog to get this fat. Unfortunately, an uninformed owner did, as is mentioned on the fine blog from which this photo comes, Azawakh Idi! Idi! Idi!.

People are so used to seeing overweight dogs that the sight of a rib or protruding hip bone on any dog, including a sighthound for which the condition is appropriate, is an anathema. Educate yourself. Share this post with others, especially non-dog people. Help them learn that fat is not always fabulous, and why.