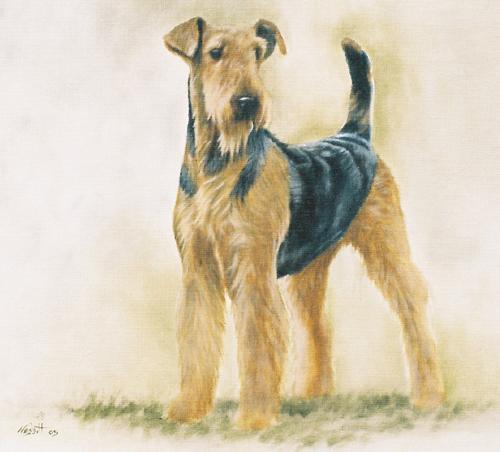 A terrier front. What is it, why is it, and who has it?

In a “terrier front,” the dog’s shoulder blade is long and strong, and is attached to the upper arm at an angulation that allows the dog to move with an easy reach (what dog people call “well laid back.) Some people erroneously refer to a dog with “steep” shoulder as having a terrier front which they believe means a lack of proper angulation. They’re wrong. A “terrier front” is far from lacking a layback of shoulders.

The terrier’s upper arm is slightly shorter than the shoulder so that when it swings through its arc moving the front legs (swing your own shoulders back and forth to get a sense of the arc we’re talking about), the elbow swings at the level of the chest. It is also turned slightly forward which limits the amount of fore chest you can see from the dog’s side. The layback is important since it allows for good reach, but also it provides a proper neck length. 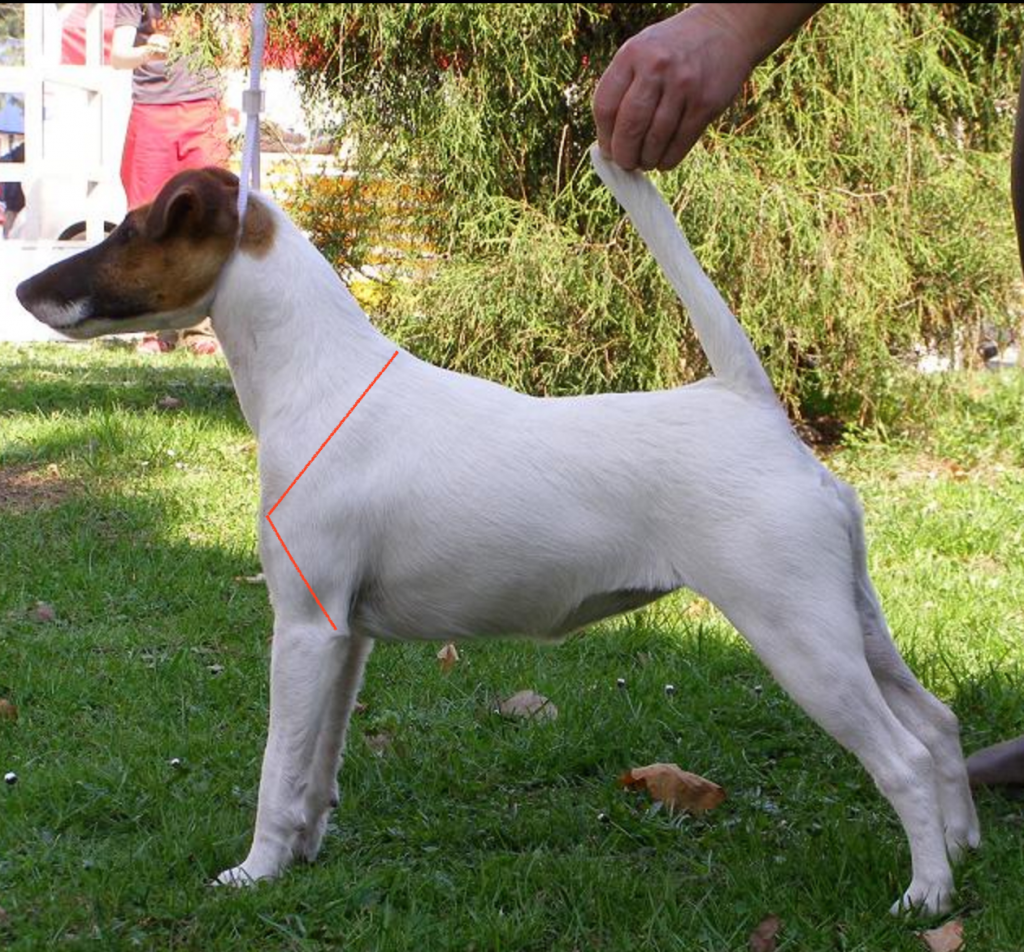 So what’s the point of this kind of front end?

Terriers are typically vermin hunters requiring that they “go to ground” (or go into holes in the ground to chase vermin). A shortened humerus allows a terrier’s elbows not only to work clear of the sides when the dog is digging, especially in a tunnel, but also provides strength.  A terrier with a a good “terrier front” will still be able to trot efficiently, but to do their job, speed is sacrificed. Neither will the dog move with the elasticity one might see in a working breed, but there should be a sense of determination and power. The dog’s feet won’t converge towards the center as it would with other breeds as they increase speed, and some terriers won’t converge at all, leaving these breeds (think Fox Terrier) to have a parallel gait with a double tracking stride.

Not all terriers should have “terrier fronts.” Many that do are long legged terriers such as the Airedale, Smooth and Wired haired Fox Terrier, Lakeland and Welsh Terrier (as an aside, the Irish Terrier should have a deep chest and most definitely should have pro-sternum, which is absent in the “terrier front.”  This breed should be “built along lines of speed, power and endurance” which would not be supported by the “terrier front.” While they can be diggers, ITs were developed to be a more all around dog. and not developed to “go to ground”).  Bedlingtons are also longer legged terriers, but their front is unique to them and this will be covered another time. The Internet is filled with better illustrations than what we’re providing here, but we don’t have permission to share those pictures. We caution that the photo seen here (taken by Renáta Schwarzová (CZ) and downloaded from Wikicommons)  isn’t not a stellar example because the dog isn’t fully parallel to the camera, and she’s “posting,” but we wanted to give you some idea.