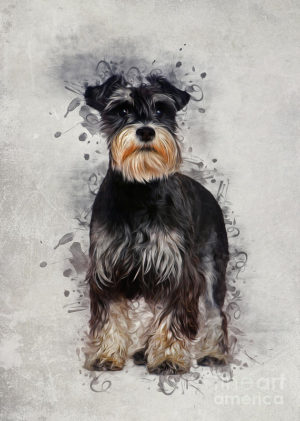 That the Schnauzer is an old breed is without dispute. The same year that Christopher Columbus discovered the ‘New World’ of the Americas in 1492, Albrecht Durer painted a Schnauzer in a watercolor he named, “Madonna with the Many Animals.” 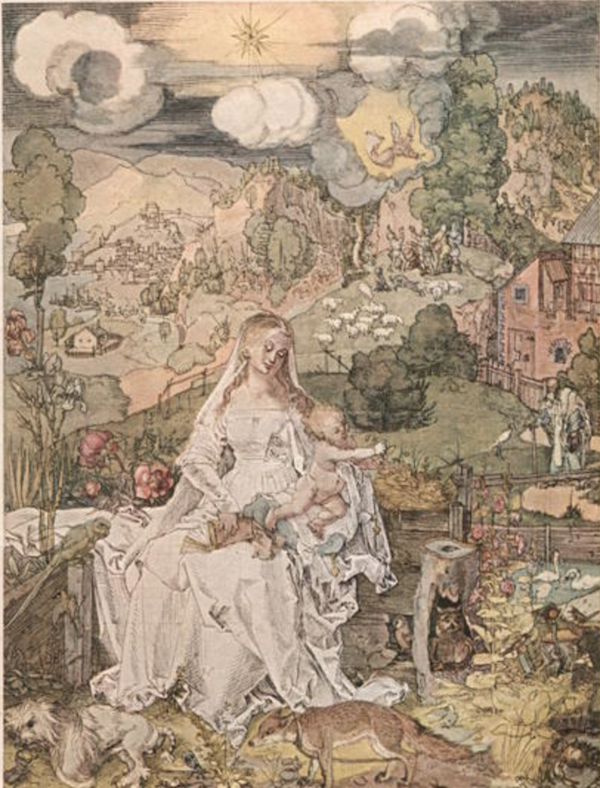 “Madonna with the Many Animals.”

Later, a tapestry woven in 1501 included a representation of a Schnauzer. By the late 19th century, the Schnauzer had long been at work as a farm dog and ratter,  but increasingly, Germany was becoming “urbanized” through rapidly industrialization, and “city folk” wanted their Schnauzer, but one that could live and work in the limited space of a house or apartment.

Taking the smallest Standard Schnauzers and crossing them with similar, but smaller breeds, probably the Affenpinscher, Miniature Pinscher, and maybe even the Brussels Griffon, breeders were on the path to creating the Miniature Schnauzer. The breed was known then as the Wire-haired Pinscher, and it was by this name that three Wire-haired Pinschers, owned by C. Berger from Wurtemburg were presented at the Third German International Show in Hannover show in 1879.

The breed standard that appeared in 1880 was due in large part to kennel clubs inside Germany pedaling fast to catch up to the size divisions within the breed. It wasn’t until a black bitch named, “Findel” born in 1888 that we see the first record of a dog actually known as a “Miniature Schnauzer.”

A Pinscher Klub was established in Cologne seven years later, but breeders were still fine tuning their work. European studbooks dating well into the 1920s indicate that puppies were being registered as Miniature Schnauzer, Affenpinscher, or sometimes Standard – and they were from the same litter! One dog born in 1920 – “Michel Chemnitz Plauen” was registered as a Min Pin, but his sire was a Miniature Schnauzer.

The first Schnauzers were brought to the United States in 1924 by Mrs. M. Slattery of Marienhof Kennels, but the breed was probably already present in America in the late 1800s when immigrants likely brought their dogs with them.There was no distinction between the miniatures and the standard size Schnauzers at the time, and indeed, they were exhibited together at dog shows. In 1925 the Wire-haired Pinscher Club of America was formed, but the two types still weren’t separated in breed listings until 1926 when the AKC recognized the Miniature Schnauzer as a unique breed. In 1933, the Schnauzer Club of America split into two entities, and the American Miniature Schnauzer Club became dedicated solely to the Miniature Schnauzer.

Image: Miniature Schnauzer by Ian Mitchell is available as fine art, and as home decor and lifestyle items here.