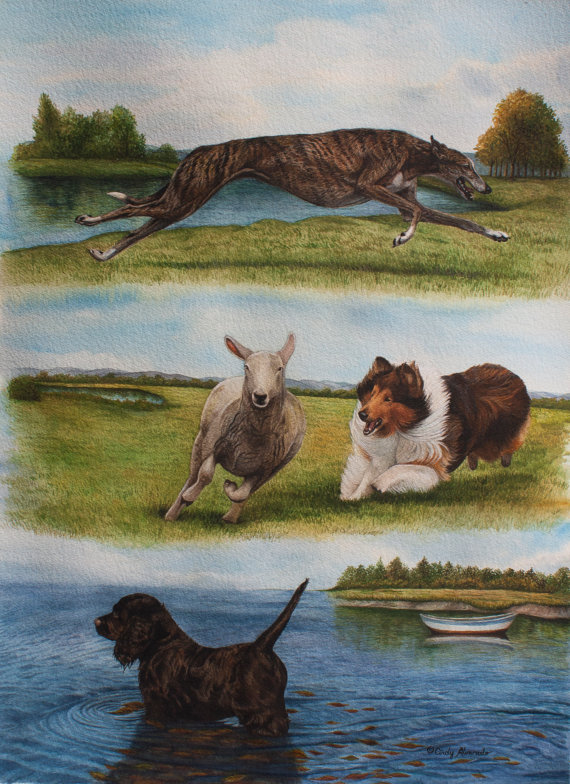 Seen here is one of the fabulous entries in National Purebred Dog Day’s 2016 Fine Art Poster Competition, and now it’s available as an affordable – but small run Giclee print! (not many have been made). “Wind, Earth, Water: Greyhound, Collie, American Water Spaniel” Get yours here.

The first European dogs to arrive in the New World were the Greyhounds and Mastiffs that came with Christopher Columbus on his second expedition in 1493. The presence of the dogs (20 in all) wasn’t Columbus’ doing, nor was he “all in” on the idea. If some accounts are to believed,  the dogs were used not only to intimidate natives, but to test the safety of new foods for human consumption. One of the foods was fish to which the Europeans were unaccustomed. The dogs were fine, the crew – not so much.