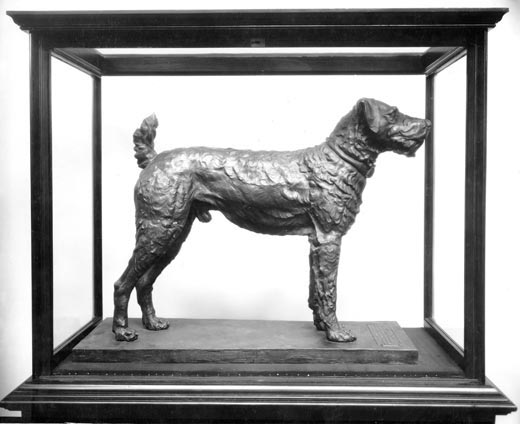 There will be a time when a younger generation marvels that once upon a time, people read hard copy print material.  Among us even now are individuals for whom the idea of a kid getting on a bike to throw a newspaper onto the front porch of a home is a little bizarre, but those of us of a certain age may remember “paperboys” with fondness, sometimes because it was our very first paying job.

The idea of using paperboys for “home deliveries” was conceived of by the First Lady of the United States from 1921 to 1923, Florence Mabel Harding, wife of President Warren G. Harding. Her marriage to Harding, a newspaper publisher in Ohio, was Florence’s second, and she was acknowledged as the brains behind the business.  Though she didn’t have an official role, she organized a circulation department, improved distribution, trained the newsboys, and purchased equipment at great prices.  When Warren won the Republican nomination for president, it was Florence who helped to make important decisions about the campaign’s dealings with the press. Later as first lady, she continued to cultivate a good relationship with the press, but not even Florence could “paper over” the Teapot Dome bribery scandal involving her husband’s administration. Florence died in 1924 and was buried beside her husband in a large mausoleum near where they were married.

Florence was a huge animal lover, and the Hardings’ famous Airedale Terrier, Laddie Boy (out of Champion Tintern Tip Top), was a celebrity in his own right. It was probably Florence who recognized that Laddie Boy’s personality was an asset to the White House, and steps were taken by both Harding and Florence to establish with the American media that Laddie Boy was the First Dog, something that helped detract the fact that the Hardings had no children together. Much is made of modern presidents who don’t have a dog, but not having children in Harding’s day also raised eyebrows. That said, it was probably the Hardings who made having a First Dog a public relations plus.  Laddie, a gift from Marshall Sheppey of Toledo, Ohio, was the first presidential dog to get and respond to mail, and he not only enhanced the President’s image, he was used to support one of the Hardings’ causes: Animal welfare.

As Helena Pycior wrote in The Making of the “First Dog”: President Warren G. Harding and Laddie Boy, Harding’s generation was instilled with the notion that a boy was “almost incomplete” without a dog. Harding expressed his pro-animal sentiments publicly. He had eulogized the passing of his Boston Terrier, “Hub,” in an editorial he wrote for the Marion Star, and argued that dogs had a soul.

As for Florence, she was an early animal rights advocate (which, given the times, was likely more welfare oriented than actual rights), and occasionally let Laddie Boy be a “guest” at animal welfare events to help sell tickets and solicit donations.  The Hardings insisted that animal and human war heroes were honored in postwar America, and in October 1921, they planted an elm tree on the White House estate in “memory of all the animals who perished during the world war,” (that same year, the New York Times carried stories on both Laddie Boy and Stubby, the dog who had served with distinction in France). 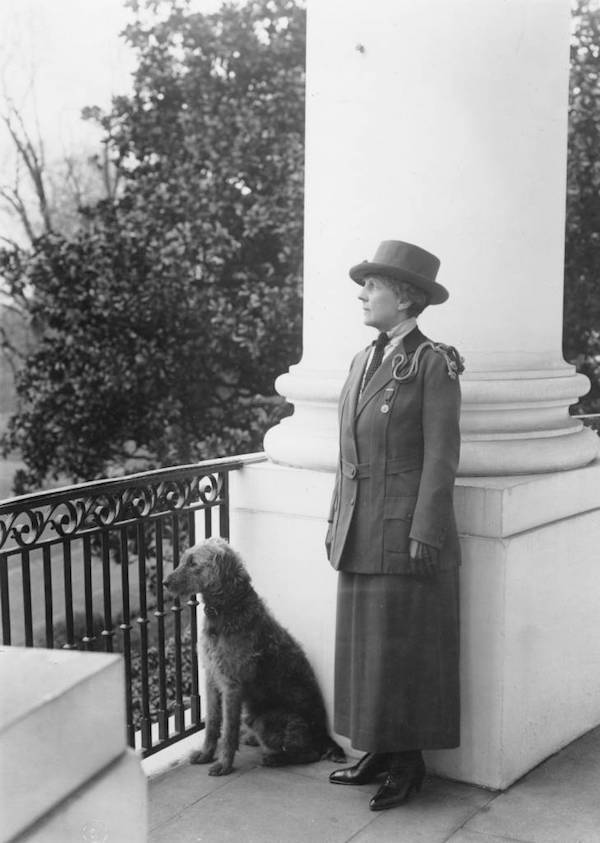 Harding died unexpectedly in 1923, but Florence suffered from a chronic kidney ailment that had nearly killed her the year before. When it came time to vacate the White House, she gave away her pets to those who could better care for them. Laddie Boy was entrusted to the Secret Service agent who had been assigned to her at the White House, Harry Barker, and when Laddie died in 1929, it’s said that he passed away in Mrs. Barker’s arms. The New York Times remembered the dog as “the magnificent Airedale which as the ‘first dog of the land’ once roamed at will about the White House grounds.”

The top image is of a statue of Laddie that was sculpted by Bashka Paeff in 1923-1924 now stands in the Smithsonian Institution.