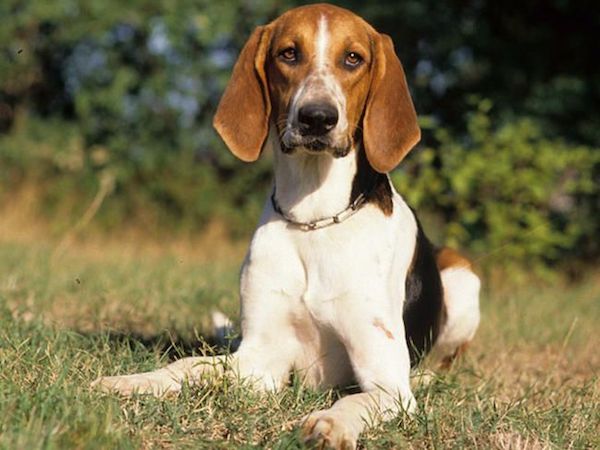 Even an unfamiliar breed can reveal itself if we pick apart its name.

In the case of the Anglo-Français de Petite Vénerie, Anglo-French, of course, means “English-French,” and “Petite” translates as “small.”

Vénerie is a bit trickier if one doesn’t know French, but it means, “of hunting.” Even if we never saw a picture of this breed, we’d know from its name that it’s an “Anglo-French dog of small hunting.” “Petit” refers to the size of game the dog hunts, not the size of the dog (which is medium).

Extensive development of the breed was tackled fairly recently in the 1800s, but the breed was first developed in 16th century France by crossing French and English hounds, most probably between Beagles and the Petit Gascon Saintongeois, the Little Blue Biscay, Poitevin and even the exquisite Porcelain.

This breed, also known as the Anglo-French Hound and the small French English Hound, is quintessential hound: Once gripped by a scent, he’ll follow the delectable smell to its origin, so focused that he may eventually find himself lost. Since he was developed to be a pack dog, he gets along. He’s energetic, is apt to bay, and likes children.

A breed standard for the Anglo-Français de Petite Vénerie was written in 1978, and in 1983, the breed was recognized by the FCI. The United Kennel Club followed suit in 1996.