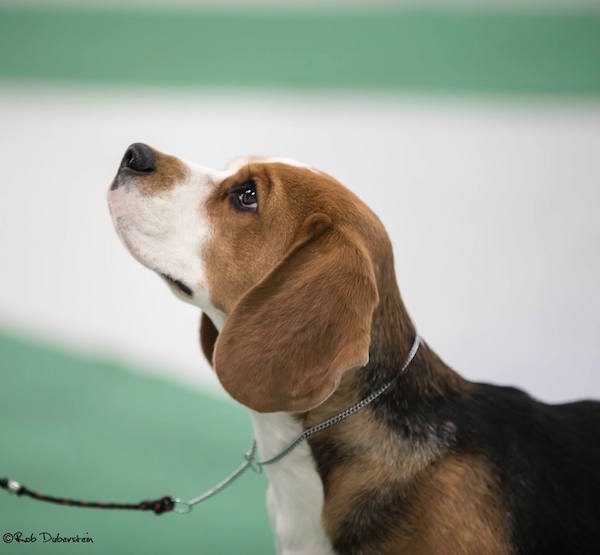 Want to take part in a sport that dates back to 400 B.C. ancient Greece? Something you can do that Queen Elizabeth I also did in the 16th century?  A pursuit you can do with the kids while enjoying the countryside? An activity that can get your blood going just with the blow of the horn? If so, look into Beagling.

With a gift for the obvious, we might mention that Beagling is done with (wait for it) Beagles! This very British activity may have crossed “the pond” with General Richard Rowett who was one of the first people to import Beagles from England in the 1870s to establish a quality bloodline. It’s been suggested that Rowett’s Beagles served as the models for the first American standard Beagles. The breeding continued and Beagles were recognized by the AKC in 1884.

A sport of tradition, Beagling involves chase and capture (heavy on the “chase,” not so much on the “capture”) as “wily wabbits” elude enthusiastic hounds as “the field” (onlookers) can follow along on foot.

As we said, this is a sport of tradition, and traditions often involve rules and etiquette unto themselves. Towit:

Hunt officials and followers greet one another with a cheery “Good Morning” even if it’s long after noon, and even if the sun is still up, they bid each other “Good Night” at the end of the day;

A hunting horn isn’t just for mood effect, it means something. Different notes and length of notes mean different things, including the sound of ‘going home’ (learn this one fast to avoid still left behind and missing out on “Beagling tea”);

Beagles are amiable, social creatures, and if one takes a fancy to someone not their owner, a “whipper-in” needs to be asked for help in redirecting the dog. If there are no staff members present, one is to raise their arms outward and say “pack in!’”  The dog may start laughing, but there’s a good chance he’ll move on;

Always follow the huntsman, not run ahead of him or her, it’s a courtesy! If they stop suddenly, do the same because there’s probably a good reason why they stopped on a dime;

This sport also involves terminology that might be unfamiliar to many of us. If you don’t know what an “anchor,” “babbler,” “Gyp,” “Beagle Bug,” or “Scut” are, you might want to brush up here.

Want to learn more? There is a plethora of links on-line, but there’s also a publication that might interest you, “Better Beagling.” You may also find interesting this map that shows the location Beagle and Harriers packs registered with the AMHB (Association of Masters of Harriers and Beagles) around the world.

Photo by Rob Duberstein whom you can find here.