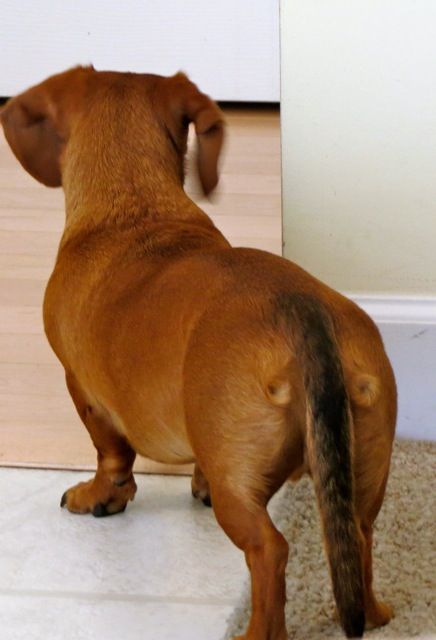 A male member of our family has two cowlicks, each swirling in the opposite direction of the other. Because the patterns were so reminiscent of a weather map during hurricane season, we liked to tease him as a kid that he had a storm brewing on the back of his head.

In the world of science, cowlicks are called, “whorls,” and they’ve been the subject of several studies. In humans, there’s been an association made between hair whorls and brain development, and in dogs, it’s been found that the presence and position of whorls on the body can be associated with not only gender, coat length, thickness, and even where the dog comes from, but behavior.

University of Sydney faculty members, L.M. Tomkins and P.D. McGreevy, wrote a fascinating abstract following their study of dog whorls, and if your dogs have any whorls (ours might, but who can tell on a Puli?) you’ll find it interesting reading. Here’s a snapshot of what they found:

Not all whorls are alike. They are either “simple” whorls (hairs stem from a central focal point and diverge into a flat swirling pattern), or they can be “tufted” (hairs converge from various directions to a central point to form a tuft).  The majority of whorls on dogs are “simple,” but whorls found on elbows, and the majority of chest whorls, are “tufted.”  The direction of the hair can also be clockwise or counterclockwise (whorls on a dog’s left side are usually counterclockwise, while those on her right are clockwise). 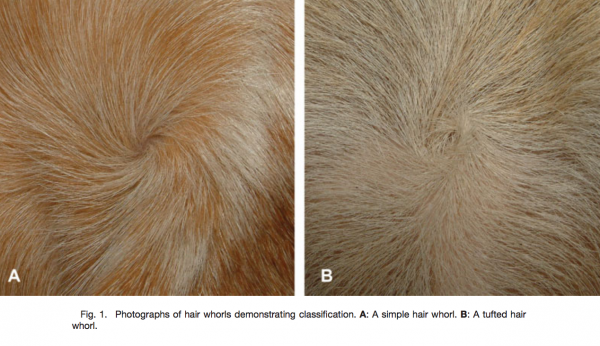 Whorls can be found in ten different places, but 80% of dogs have whorls in just four: Their chest, rump (common to most dogs), elbows, and the back of their front legs.  About 20% of dogs have additional whorls (as many as ten altogether) on the head, shoulders and abdomen, and some dogs have facial whorls, but only about 5%.  Too, the frequency of whorls present differs significantly between their different locations.

A 1927 study supports a current genetic model for the inheritance of human scalp hair-whorl orientation and hand-use preference, and interestingly a similar suggestion has been made that the placement and directions of dog hair whorls can be linked to right paw or left paw preference.  A study conducted by Tomkins and fellow researchers in 2012 found that, statistically, right-pawed dogs that had a counterclockwise whorl on their chest had twice the chance of succeeding in guide dog school when compared to left pawed dogs equipped with a clockwise whorl on their chest. Researchers also found that shelter dogs had significantly more counterclockwise whorls than non-shelter dogs hinting that there may be a relationship between hair whorls and temperament.