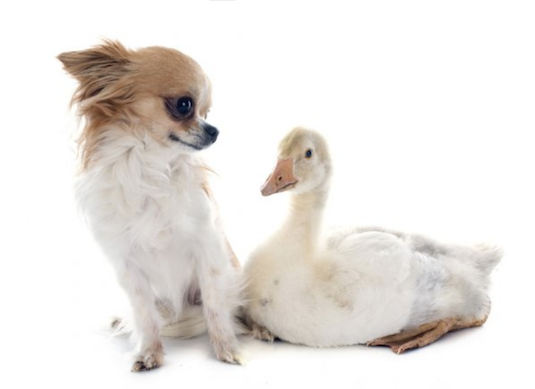 Many of the terms we use in the dog community come from the equestrian world; horsemen and women knew what aspects of horse conformation would make for a faster horse, more comfortable ride, or be indicative of unsoundness. Back in the day, they also had the time, funds, and space to manage kennels and breeding programs, or they worked for the families that did.

One of the terms we inherited from that sphere, though we don’t hear it used much anymore, is “goose rump.” In a horse, a goose rump refers to a horse that has a steep angulation of the pelvis which creates considerable slope at this back end and a low tail set. Some horse people regard this as less than ideal because a lack of croup muscling results in a weaker hindquarter (though we’ve seen others disagree with this assessment).  As we’re not horse people, we leave this debate to those who are, but that said, the term did make its way into the dog fancy, and it means much the same thing: Too steep or sloping a croup resulting in a very low tail set. Because of a steep croup, a dog will move his rear more under himself with a droop to his rear and lack any rear drive, inhibit rear extension, and can also cause crabbing if the rear legs fall too close to the front during the trot. As always, NPDD’s caveat is to check your breed’s standard.

As we lack consent to share any photos of a dog with a “goose rump,” we’re using a dog with a goose (who has a rump). Photo from DepositPhotocroup, term, goose rump