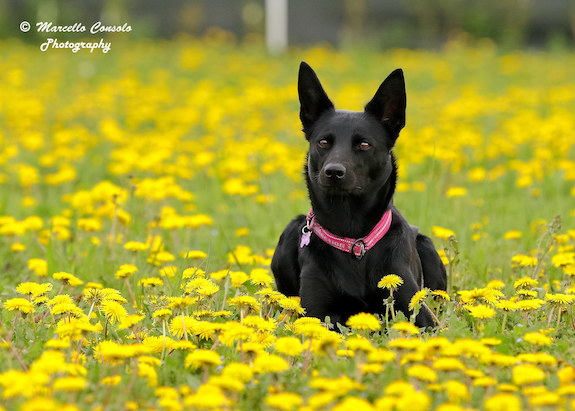 In a deep dive into early Australian Kelpie history, the word, “Barb” will inevitably show up. With apologies to Kelpie folk by oversimplifying the topic, there was a time when different colors of the Kelpie carried different names, and black Kelpies were often referred to as Barb Kelpies.

It all started in 1873 with Thomas Edols. He had bought 520,000 acres of property in New South Wales, and eventually, bought a six month old black male Kelpie pup bred out of Tully’s Moss x Sally to work the flocks of merino sheep at the station. He named the pup, “Barb,” after the fiery Australian bred black thoroughbred racehorse, “Barb,” who had won the Melbourne cup in 1866.

Barb (the dog) grew up to be a winner in his own right having won the Condobolin event for sheepdogs in 1885, the Forbes sheepdog trail in 1885, and again in 1896. The strain/line of Kelpie that Edols and other andholders and stock men in the adjacent area developed out of “Barb,” was tailored to work the conditions of the immense sheep station. These dogs and their offspring came to be known as Barb Kelpies. They were an established Kelpie line for a number of years, though letters to the editor of local newspaper, the Sydney Mail, in 1903 hint that some felt the Barb should be considered a breed unto itself. They argued that the working style of the Barb was different:  The Kelpie worked sheep quietly and very wide; the Barb barked up close and personal to the stock (though some accounts described the Barbs as hard on sheep, difficult to control, and having a tendency to rush when at close quarters). Some accounts also described the Barbs as taller/larger.  It was a controversy at the time, and in some circles, still is.

To our knowledge, there are no true Barbs left, but occasionally, people still refer to a black Kelpie as a Barb.

For anyone interested in doing a “deep dive,” there are two marvelous documents worth reading: An article by Barbara M. Cooper written in 2004, and this piece by LoneRange Australian Kelpies.

Image: “A flower among flowers” by Marcello Consolo is licensed with CC BY-NC-SA 2.0 allowing for the copy and redistribution of the material in any medium or format. The image isn’t expressly a “Barb,” but a black Kelpie.