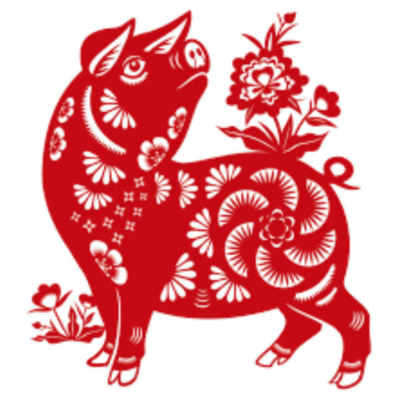 Yesterday was Chinese New Year, and according to the Chinese zodiac, 2019 is the year of the pig.

Speaking for ourselves, we think pigs are likable. They’re highly intelligent and can even be comical. Just ask fans of Arnold Ziffel, the de facto “son” of Fred and Doris Ziffel, the elderly neighbors of Oliver Wendell and Lisa Douglas.  Wait, you don’t know we’re talking about the cult favorite TV show, Green Acres?  Meet Arnold in the clip below:

Arnold was the only Green Acres cast member to win an acting award. He won three PATSY (Picture Animal Top Star of the Year) Awards, the Golden Globes, you might say,  for non-human performers. After losing to Flipper in 1967,  Arnold would go on to win three times. Arnold could drink through a straw, carry a lunch box in his mouth, and enjoyed watching television, particularly Westerns. He could even turn the knobs on the TV set.

Not all pigs, however, are Arnold, and wild boars aren’t like farm pigs.

A wild boar can be more dangerous than a bear. With thick, razor-sharp tusks, and a razor-sharp mind,  one of these critters can weigh a staggering 660 pounds and exhibit extremely aggressive and unpredictable behavior. They are, in fact, among the most destructive invasive species in the United States today.  It’s thought that up to six million of them are wreaking havoc in at least 39 states and four Canadian provinces. Half are in Texas where they do some $400 million in damages annually. They thrive in almost any condition, have no natural predator, will eat most anything, and can carry brucellosis and pseudorabies. They squeeze out other wildlife, including native species, without even trying. Sows begin breeding at 6 to 8 months of age and have two litters of four to even twelve piglets every 12 to 15 months during a life span of 4 to 8 years. Wild boars are even starting to tear up recreational areas, and occasionally terrorizing tourists in state and national parks.

Texas allows hunters to dispatch wild hogs year-round without limits, or capture them alive to be sold to restaurants as exotic meat.  Many hunters prefer working with dogs, and two types of dogs are used in the hunt: Bay dogs, which are often breeds like the Rhodesian Ridgeback, Blackmouth Cur or Catahoula Leopard Dogs, or scent hounds such as the Foxhound or Plott. The dogs (often outfitted in Kevlar vests) track and pursue, and sometimes, the dog will get in the boar’s face and bark sharply. This is called holding the hog “at bay.”  Once the bay dogs do their thing, “catch dogs” (also outfitted with chest armor) are released to grab the bayed boar by the ear, wrestle it to the ground, and hold it until the hunter arrives to finish it off. There are a good many breeds that have served as catch dogs, including the American Pit Bull Terrier and American Bulldog, Dogo Argentino, Fila Brasileiro, and Great Danes. In Texas, the Blue Lacy is arguably the king of catch dogs, a breed sometimes called the Texas Blue Lacy Game Dog.  Interestingly enough, a breed capable of handling the meanest boar or longhorn cattle is very sensitive to yelling and is great with kids.  Blue Lacys are so admired because, it’s said, they’re known to replace the work of a cowboy by five times.

This is a good place for a caveat. Hunting boars as humanely as possible to control disease, prevent the ruination of livelihoods, and protect native species is one thing, hunting as a blood sport with little regard for the boar or the dog is another. NPDD abhors the latter in the most strongest possible way.