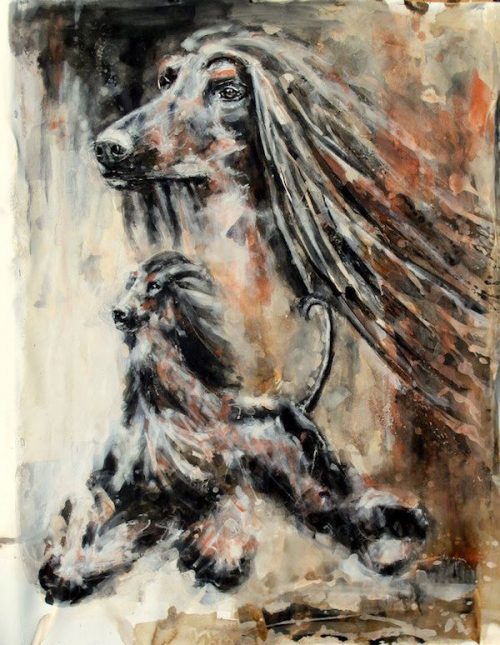 Proper Head carriage. It’s a biggie in the Afghan Hound, and a proud head carriage is mentioned in the breed standards for the AKC, FCI, UKC, and Australia. This is a breed hallmark, and in addition to being part of breed type by helping the dog achieve it’s classic smooth, springy gait, it’s an important feature in a sighthound who needs an “over the horizon surveillance” technique for spotting prey (phrase attributed to Connie Miller).  Proper, but natural, Afghan Hound head carriage comes from, among other things, a long, well set back, and a well angulated shoulder. The head stays relatively quiet during gaiting in a trot, and in a sound Afghan Hound, it needn’t come from a strung up lead. 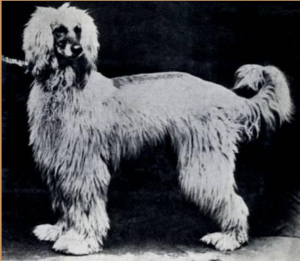 An Afghan Hound born in 1902 in what is now Iran had a big impact on the breed. “Zardin” was the model for the first breed standard written in Colonial India, a description that became the basis of the UK Afghan Hound Breed Standard. “Zardin” was said to be so spectacular that he was presented to Queen Alexandra at Buckingham Palace, and part of his beauty was that “proud head carriage.”