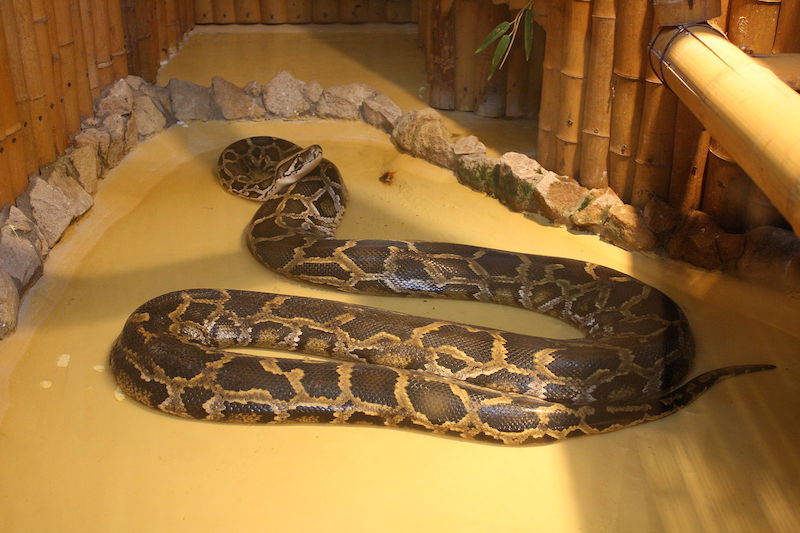 Every once in a while, it feels good to cut loose with an outrageous opening statement, however, this one isn’t far afield from the truth. Snakes of biblical proportions – Burmese Pythons – have been a serious problem in the Florida Everglades. A 2000 study found that bobcat, opossum and raccoon sightings decreased in frequency by over 87 percent, and fox and rabbits weren’t being seen anymore at all.
In 2013, Florida created the “Python Challenge,” a month-long event that allowed residents to hunt the mammoth snakes in select government parks. Though there was a cash prize to the hunter who dispatched the most pythons, most of the 1,500 sportsmen who registered to compete struggled finding the snakes, and the problem remained.
Enter “Jake” and “Ivy,” graduates of EcoDogs, a program that trains detection dogs to find plant and animal species, or evidence of them (such as scat or dung). The Labrador Retrievers were trained for six months to prepare their bodies and condition their brains in search patterns, and distinguishing the smell of pythons. They had their “field test” in the Everglades were they’d been trained to “alert” to a python’s presence by sitting down when they got within five meters of one. Though the program is still young, Jake and Ivy have already helped catch 19 pythons.
Image: Burmese Python in zoological garden in Gdańsk posted by Bardrock to Wikicommons for public domain
[iframe id=”https://www.youtube.com/embed/3qIChaPZmYM”]