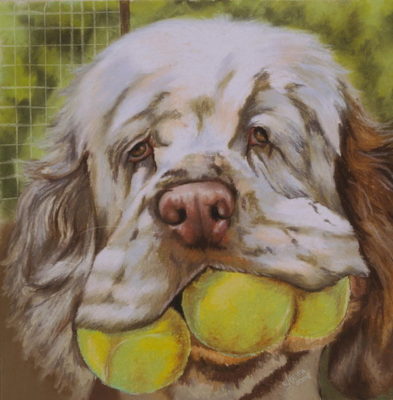 The word, “haw” comes up more than once in the dog world.

Fanciers and students of dogs will know that “haw” refers to a dog’s third eyelid, the pink tissue inside the surface of the lower eyelid.  Also know as the nictitating membrane, its job is to keep a dog’s eye lubricated and protected by clearing mucus and foreign particles off the cornea. The gland of the third eyelid produces about one-third of a dog’s tears, but the haw also contains lymphoid tissue that acts as a lymph node and produces antibodies to fight infection. A human’s eyelid also protects and nourishes the cornea, but it has similar functions with two eyelids instead of a dog’s three. The haw generally goes unnoticed in most breeds, but some breeds, like the Clumber Spaniel, have a breed standard that makes specific mention of it. As an aside, birds, cats, reptiles, fish, and camels also have three eyelids.

In the world of sled dog racing, however, “haw” means something quite different. Unlike horse drivers, mushers (sled drivers) don’t have reins, and everything sled dogs do is by verbal command.  A musher cries out “haw” when s/he wants the dog team to turn left. This command can be used at a trail fork or on an open area of land to better direct the team.  As a command word, “haw” was first used in 1777, but its exact origins are unclear.