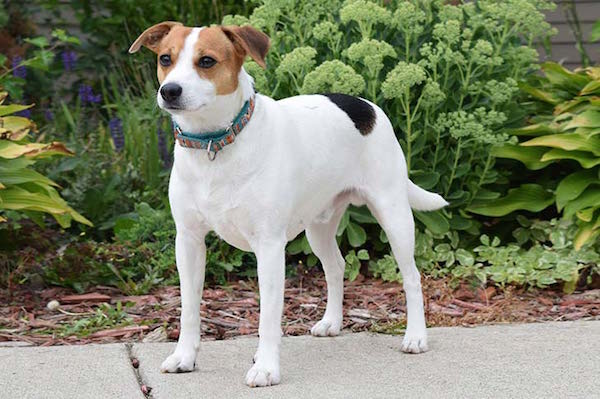 Denmark has five native dog breeds, and one of them may be the only breed whose official name reflects two nations because the breed could be found working on farms in both countries. The Danish Kennel Club and the Swedish Kennel Club, which both supported efforts to revive the Danish Swedish Farmdog (DSF), and both recognized the breed in 1987,  the same year the first breed standard written for the breed.

Until a few decades ago, the small farmer’s dog was originally known as the Danish Pincher, as well as the Skånsk Terrier (from the southern County of Skåne where it originates). This dog was commonly seen in Danish rural life where it was a mouser/ratter, livestock herder, hunting dog, watchdog and family companion, but it was also often seen in circuses where one or more appeared as a clown’s playmate. As our post title suggest, this is a little big dog bursting with versatility.

Often mistaken for a terrier, they are not terriers, they are more closely related to the pinscher family. Breed origins date back to the 1700’s, but sadly, when lifestyles changed and smaller family farms became rarer, so did this farmdog. Happily, two kennel clubs acted to intervene before the beloved breed vanished.  In 1998, a DSF was imported to the United States to establish the first official breeding program here, and the FCI Standard for it was officially published in 2009. The Danish-Swedish Farmdog became part of the AKC’s Foundation Stock Services in 2011, the first step to full recognition.

This is an unassuming dog that needs a job as he could easily become destructive out of boredom. That said, the breed, though somewhat high energy dog, has an off switch once his work is done. We think the DSF might be one of dogdom’s best kept secrets, so shhhhh, don’t tell (winkie winkie).

Image of a DSF courtesy of the AKC