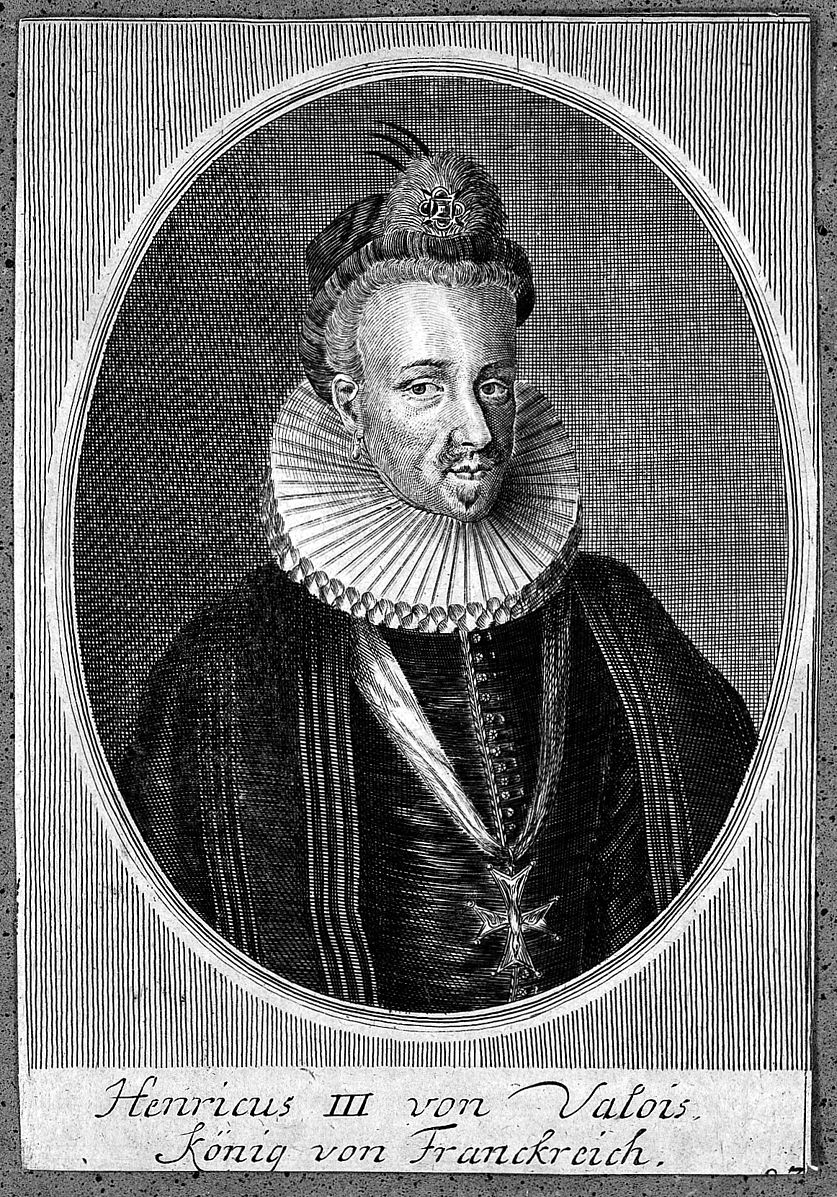 Few monarchs can rival the lavish affection Henry III (1551-1589) heaped on his lapdogs many today believe were ancestors of the Bichon. He spent over 100,000 ecus a year on his dogs and employed a baker to bake white loaves just for them. When he journeyed to Lyon in 1586, he took 200 lapdogs with him, all divided into 8 groups, each group with its own female servant, governess, and a horse. If a dog caught his eye while in Paris, he took it, even if the dog belonged to the nuns in a convent. France’s highest order of chivalry, the Order of the Holy Spirit, was once bestowed upon a man who’d given him two dogs. Sadly, because he chose to ignore their warnings, the dogs were not much help to Henry in the end. His then-favorite dogs, Liline, Titi and Mimi, were sleeping on his bed in 1589 when Jacques Clement entered the bedchamber dressed as a priest. Liline barked furiously to no avail. Clement fatally stabbed Henry in the heart.
Image: Portrait of Henry III from Wikicommons via Wellcome Images, a website operated by Wellcome Trust, a global charitable foundation based in the United Kingdom.