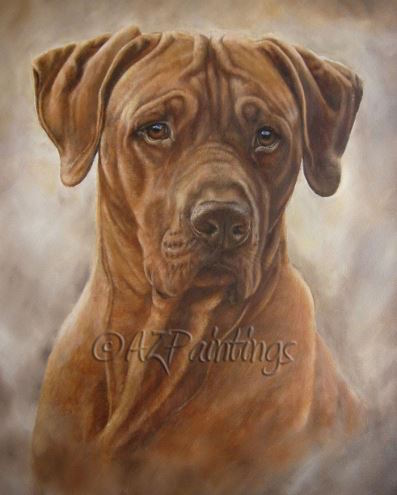 It’s the breed we wish existed now just because we like saying its name: Hottentot Dog.

This old tribal breed is considered the vanished ancestor of the Rhodesian Ridgeback. They were described as having pointed muzzles, ears that sometimes stood up, sometimes drooped, and “hair on its spine turned forward.” Clearly, it was a breed that carried the ridge gene which made its way to today’s Rhodesian Ridgeback.

When the Hottentot people moved south, they encountered their close relatives, the Bushmen, which had no dogs of their own. Goods (and dogs) were exchanged, and some assume that the dogs accompanied Bushmen on their travels. In 1936, a visiting European encountered the dogs and noted that they were close to extinction. Desmond Morris wrote that the last record of Hottentot dogs came from a report that a game warden had shot two of them as pests in the Etosha Game Reserve in southwestern Africa.