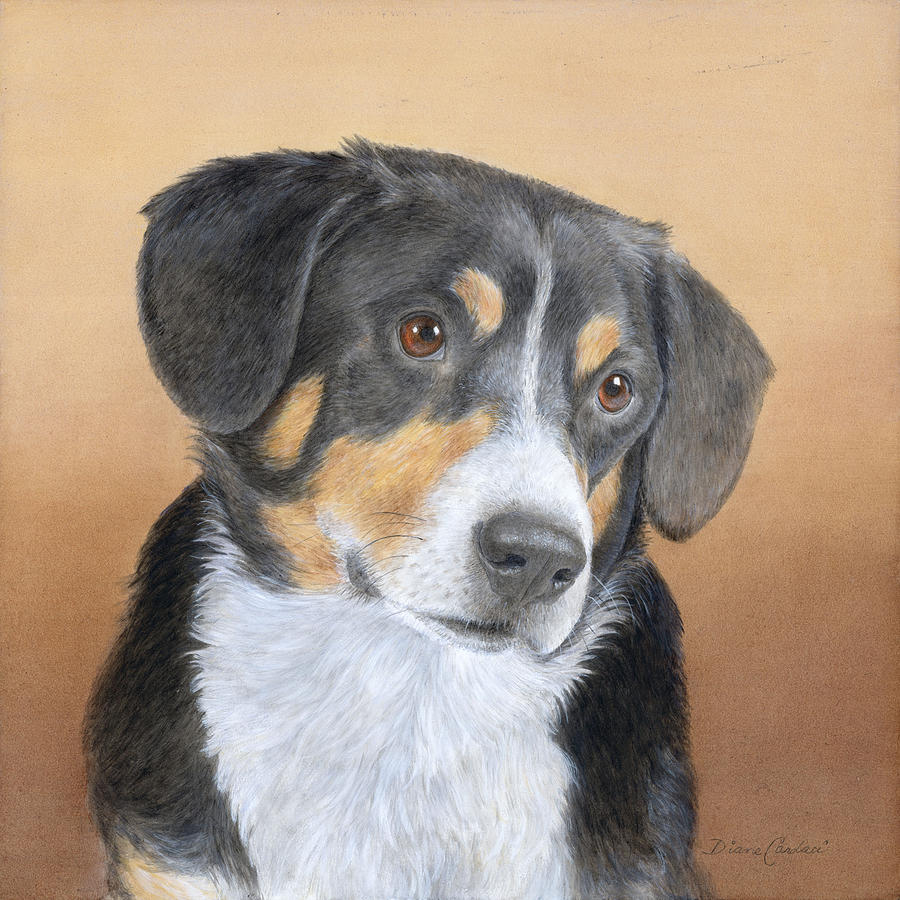 The Entlebucher Mountain Dog is the smallest of the four Swiss Mountain Dogs, a smaller version of Molossus type ancestors brought by the Romans as they passed through Helvetia over two thousand years ago. As is so often the case, people tended to take for granted the dogs with which they’d grown up, and thus, didn’t even recognize any of the mountain dogs as distinct breeds.

That changed in 1908 when a Swiss dog expert, Profession Albert Heim, set out to standardize and categorize them. He found four distinct dog types that seemed connected to the districts in which they were found, and named them according to these locations. The breed that had served Lucernese herdmen for generations was named the Entlebucker since it originated in Entlebuch, a valley in the district of the Cantons Lucerne and Berne. Though the name, “Entlebucherhund” dated to 1889, no one considered that there was much difference between the Appenzell and Entlebuch Cattle Dogs. Professor Heim changed that.

Even Professor Heim couldn’t boost its population, however. The Englebucher had always been a localized breed and small in numbers. It was nearly extinct in the early 1900s, and though things are much improved for this quiet, trustworthy and intelligent worker, it’s still an uncommon breed (and in our view, one of dogdom’s best kept secrets).

FYI: The other three Swiss Mountain dogs are the Appenzeller, Bernese Mountain Dog, and Greater Swiss Mountain Dog. And in answer to our other question about pronunciation, the Entlebucher Mountain Dog‘s name is pronounced: ENT-leh-boo-cur. In German, you add an “er” to a place name to describe someone from that place, so, a dog from Entlebuch is an Entlebucher.

Entlebucher Mountain Dog by Diane Cardaci. This print is available for purchase here.

2 thoughts on “How Do You Pronounced “Entlebucher?””