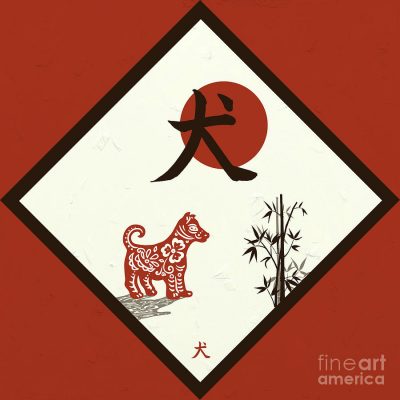 Stay with us here.

A logogram is a written character that represents a word.

Kanji are logographic characters used in the Japanese writing system. Kanji is the most common means of written communication in the Japanese language, and by some estimates, there are more than 50,000 different symbols.

When you see something like this – 犬 – it’s a kanji. This kanji means “dog.”

And that brings us to “inu” (as in Shiba Inu) and and “ken” (as in Kai Ken). Both are written with the same kanji, but they are used in different ways in different situations, or so we read, and that’s when we hit a wall.

What, we wondered, is the difference is between “inu” and “ken?”

We looked around the Internet, asked the question of acquaintances, and got some replies that we’re trying to knit together. We welcome additional insights into the topic from our readers!

We were told that “inu” itself is a stand-alone noun, while “ken” is used as a compound particle of a word (in other words, “inu can be used by itself,  “ken must be added to another word, i.e., nihonken).  We were also told that “inu” refers to dogs in general (thus a poodle is an Inu and so is a mutt) while “ken” is specific for breed (Shiba Inu should be Shiba Ken, or just Shiba).

Another comment was that it comes down to translation. The names of the aforementioned breeds are actually all one word in Japan: Akitainu, Kaiken, etc. While saying Kai Inu isn’t necessarily wrong, it has to do with the kanji associated with it. Kai Ken translates to dog of kai (prefecture). However, Kai Inu translates to domestic dog. It also seems to roll off the tongue easier for the medium sized Nihon Ken. That is the main reason for “Kaiken”

These remarks tend to make more sense of an essay we came across on-line. In the piece, author, Victor Mair wrote, “When treated as a suffix for the preceding word, “-ken” as in Nihonken (Japanese dog/s), it’s treated as one character of a longer Sinitic compound. When treated as a separate word, as in “Akita + dog,” then inu makes sense. However, that’s a harder sell given normal Japanese parsing patterns.” There are interesting thoughts to be found in the comments section of the article.

Again, we invite your comments as we are out of our element on this subject.  Also, our thanks to Susanne, Debbie, and Autumn for sharing their insights.

Image: Kanji Dog on Red by Nola Lee Kelsey is available for purchase at the linked name