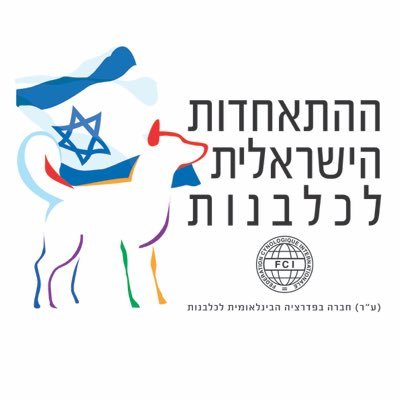 The average person with an above-average knowledge of dogs may know that the ancient Canaan Dog of Israel survived on its own in the Negev Desert after Israelites were dispersed by invading Romans in 70 B.C. Ancestors of the breed were separated from their owners and flock, and survived by living in the dessert. Dogs that weren’t collected by Bedouin tribes to serve as guard dogs were thought to have become feral.

If the average person is really into purebred dogs, they’ll know that re-domestication for the breed started in 1934 when Professor Rudolphina Menzel was asked by the Haganah (the forerunner of today’s dog-handling Oketz unit in the Israel Defense Forces) to supply dogs to work with them. When other breeds failed to cope with the harsh desert environment, Prof. Menzel was inspired to investigate the wild dogs she’d seen in the desert.

This post is about the Canaan Dog as a herding dog. Indeed, the breed worked as a herder for the Israelites 2,000 years ago, and for that reason, not many breeds can assert as pure a working heritage as the Canaan Dog. Its working style was very much shaped by its desert environment. The Sebulon Coastal Plain didn’t have fencing, and that made it easy, if not likely, for a cow, goat, or sheep to wander off from its herd or flock. The desert was where anyone –  or anything – could be a threat.

For this reason, Canaani (the plural of Canaan) could be distracted by the environment when he was charged with 200-300 head. This called for an upright, loose eyed dog that could see “everything” pertinent to his job to protect and move his charges. S/he mostly exhibited fetching behavior, often exhibiting close work without causing excessive fear in the stock. Occasionally, there might be a bit of “gripping” when necessary, but the dogs were usually silent, and if necessary, would utter a “force growl” when called upon.

Because the Canaan Dog has proved itself to be capable in a variety of tasks that call for intelligence, dependability, and obedience,  the breed today fills many roles outside of herding work that includes guide dog work for the blind and K-9 work for the Israeli army. We just wanted to underscore the breed’s original task as a herding dog for anyone outside the dog fancy who may be puzzled by why the breed is in the AKC’s Herding Group.

For good information about this breed as a herding dog, look here.