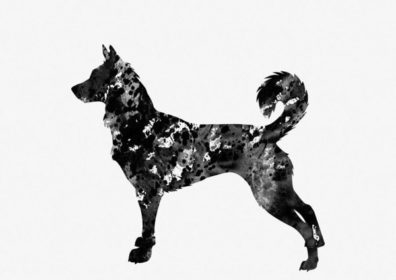 She was the Bible’s bad girl, one of histories earliest Femme Fatales.  She couldn’t be compared with the Bible’s other bad girl, Delilah, because this lady was worse.

A foreign idol worshiper who brought the dreaded Baal to Israel, she sought to wipe out the faithful servants of God. Her story is one of cruelty, prostitution, sorcery, political meddling, sex, and murder. She is so associated with female depravity that there’s a reason that for every 100,000 Americans, only 0.03 baby girls are given her name. In the centuries since her death, she has acquired many references in popular culture, and none of them are flattering.

Her name was Jezebel, and she was the ninth-century B.C. pagan queen of Israel.

In the end, Jezebel “got hers” when she was thrown out of her bedroom window by her eunuchs, trampled by horses and eaten by dogs.

“But when they went out to bury her, they found nothing except her skull, her feet and her hands. They went back and told Jehu, who said, “This is the word of the Lord that he spoke through his servant Elijah the Tishbite: On the plot of ground at Jezreel dogs will devour Jezebel’s flesh. Jezebel’s body will be like dung on the ground in the plot at Jezreel, so that no one will be able to say, ‘This is Jezebel.’” 2 Kings 9:35-37 New International Version (NIV)

We are far removed from being biblical scholars, but according to legend and the Bible, Queen Jezebel kept a Canaan Dog tied to her throne with a leash made of gold. After the Romans defeated the Hebrews, the Israelites were scattered, and the dogs escaped to the Negev Desert where they survived, but became feral.  Some dogs retained a bit domesticity by living with the Bedouin and earning their way by guarding herds and camps.

The dog that could be traced back as early as 2200 B.C., however,  all but vanished only to reappear again in the mid 1930’s. Professor Rudolphina Menzel, a cynologist with doctorate degrees in psychology, biology and biochemistry, was approached by the Haganah (predecessor to The Jewish Defense Force) to supply dogs for a dog unit that would guarding isolated Israeli settlements, and supervise the build-up of war dogs for the fighting of the War of Independence. After finding that the usual breeds associated with this type of work struggled in a desert environment, she recalled the feral dogs she’d seen in the desert. She began a redomestication program of these pariah dogs and found them to be highly adaptable, amenable to domestication, and quick to learn. The rest is Canaan Dog history. The Canaan Dog is the only breed of dog native to Israel and is its National Dog.

5 thoughts on “Attached with a Gold Chain”