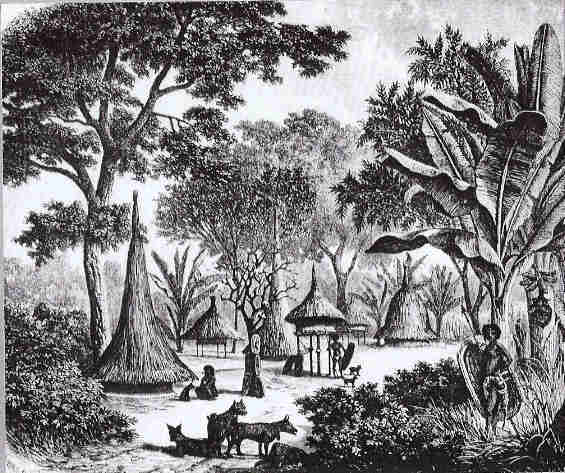 There is a breed that’s native to Africa, a dog that takes its name from the tribe that breeds it. It’s been described as being mute, and made to wear little wooden bells around their neck so they’d not be lost in the long, steppe-type grass. A few of these dogs were acquired by Europeans and sent to Europe in the early 1920’s.

You think you know this breed?

Show of hands: How many of you think we’re writing about the Basenji?

The breed we’re describing is, in fact, not the Basenji, but the Niam-Niam, a little hunting dog from Central Africa. The tribe to which it’s attached is called the Azande or Zande, and the breed the tribe calls its own has occasionally been called the Zande Dog. It’s probable that the Niam Niam is a close relative of the Basenji, but it’s not the Basenji. Like other primitive dogs, the Niam-Niam dog has only one estrus a year, and vocalizes with howls, yodels, and whines similar to those of the wolf, coyote, dingo, or jackal.

One thought on “It Wears a Bell and Doesn’t Bark. Guess Again.”