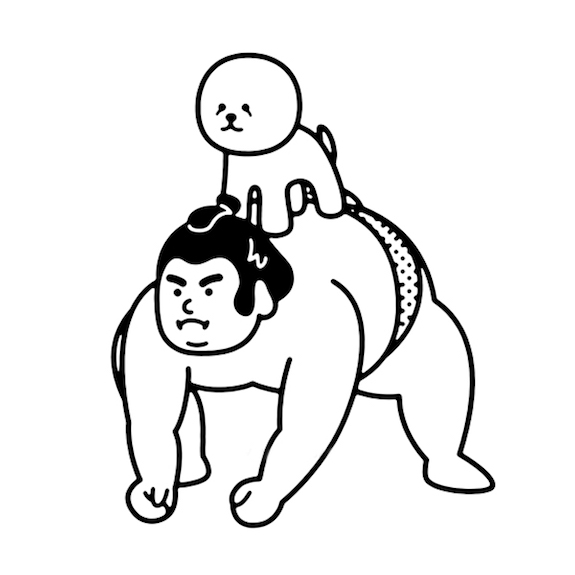 If the names Futabayama, Taiho, Akebono and Konishiki means something to you, clearly you are a fan of sumo wrestling as you’ve recognized the names of famous wrestlers.  Sumo wrestling and purebred dogs is an especially sweet match made in heaven if you’re a fan of both, like we are.

Kimiaki Yaegashi is a Tokyo-based illustrator who paired a towering sumo wrestler with a Bichon Frise to create what might seem like an unlikely friendship. In his series of illustrations called Sumobichon, Yaegashi reveals his wrestler’s inner “softie:” Sumo-owner allows his pup to wrestle in his mawashi, the belt (loincloth) that the rikishi (or wrestler) wears during training or a bout; Sumobichon chases salt traditionally thrown before a match for its purifying powers.  The duo exercise together, share dinner from the same hot pot, and as Sumobichon watches on, his “tough guy” owner gets shy around the ladies.