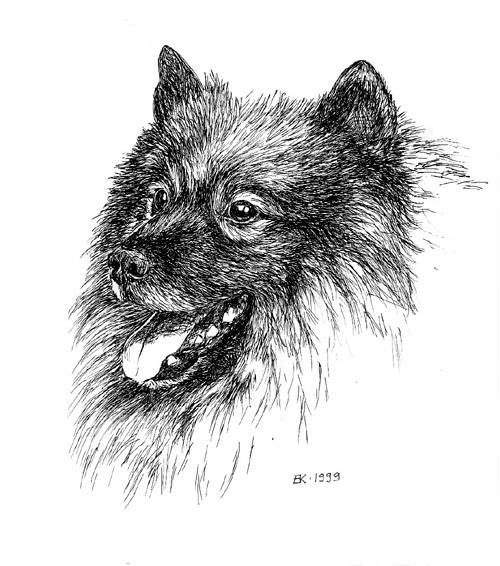 The Keeshond, a Dutch breed, was developed to work on small vessels called “rijnaken” for countless years; The dogs leapt from ship to shore, barked at strangers and watched over children, but later, the breed became a symbol of an 18th century Dutch Patriot political party and its leader, Kees de Gyselaer. Gyselaer owned a dog named “Kees,”and actually gave the breed its name. The plural of Keeshond, by the way, is Keeshonden, not Keeshonds.