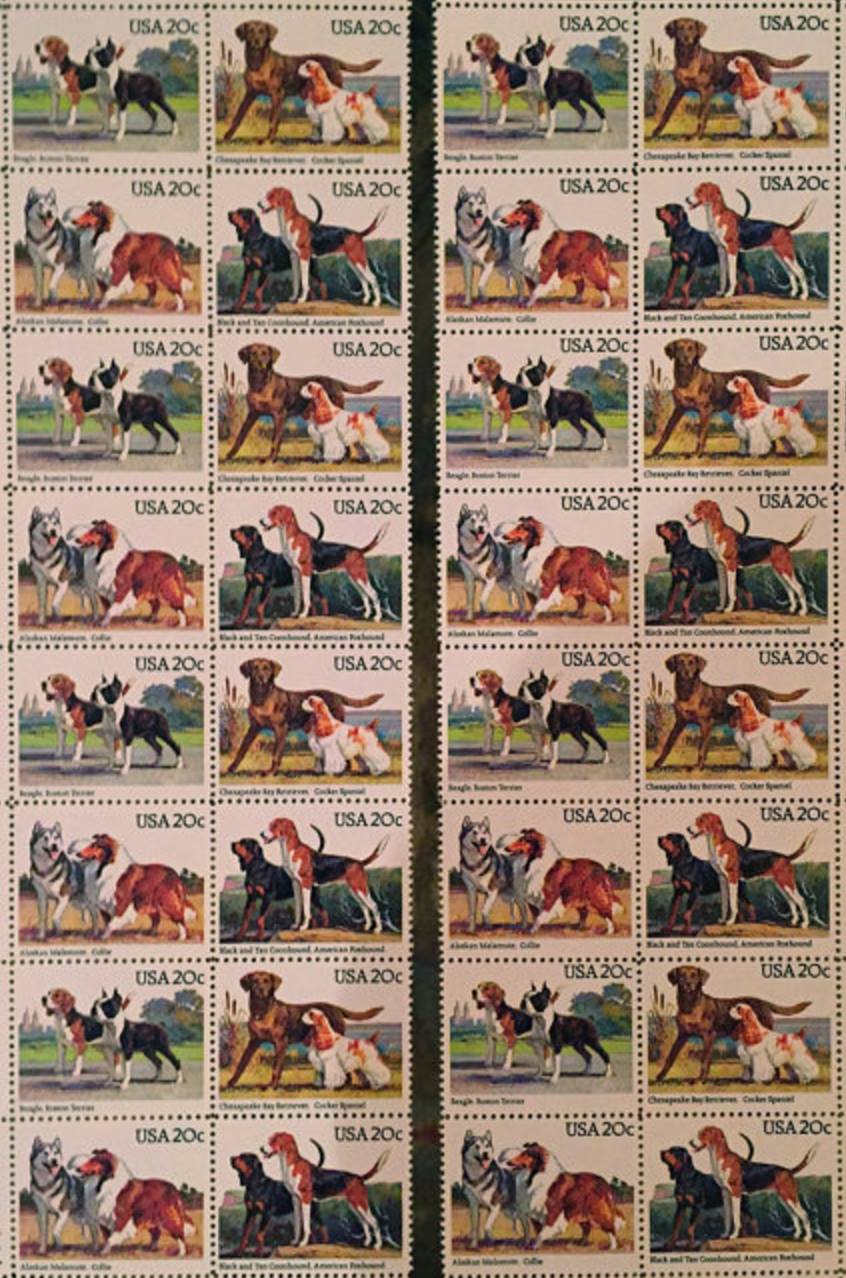 In 1984, the US Post Office issued a 20 cent stamp to commemorate the 100th Anniversary of the American Kennel Club. The breeds featured were the Black and Tan Coonhound, American Foxhound, Beagle, Boston Terrier, Chesapeake Bay Retriever, Cocker Spaniel, Rough Collie and the Alaskan Malamute.

The stamps were designed by Roy Andersen, artist and Japanese Chin owner at the time he had to decide which of the then 130 recognized breeds he’d paint. He studied books and photographs, took his own photos of breeds standing in various positions as he talked to the dog owners. He sketched the dogs in pencil first, and as required by the post office, painted each design on a canvas that measured only 5 x 7 inches. Any bigger, and the additional details would have made reducing the image to postage stamp size too difficult. Anderson finished the four paintings in three weeks, then waited as experts examined them. “I had painted the Cocker Spaniel in a running position,” Andersen said. “They decided they wanted him with his feet on the ground.” So Andersen scrapped away parts of the Cocker with a razor blade and repainted them.”

The Post Commemorative Society voted the stamps the most popular stamps in 1984.