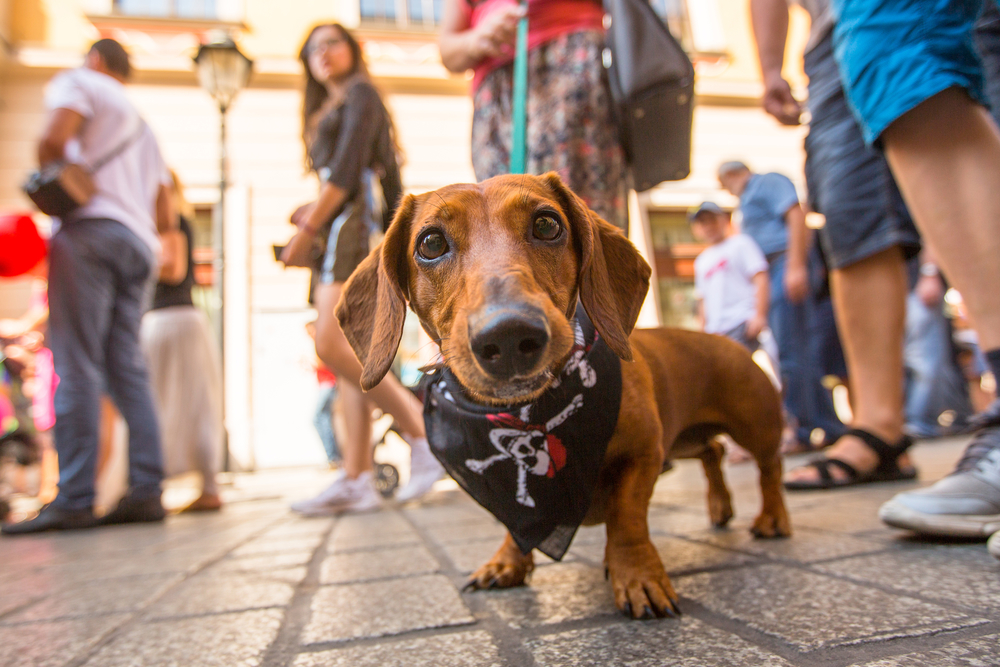 Every autumn since 1994, the Polish city of Kraków has hosted “Marsz Jamników” – the Dachshund Parade – in which hundreds of Dachshunds (some in costume) come from all over the world to participate. The parade first began in 1973, but leave it to Communists to spoil a good thing. The parade was banned by Communist authorities who thought it was reeked of anti-establishment sentiment.When Communism fell in Poland, the event was reintroduced.

As we write, it is the night before Easter Sunday, but since we spotted bunny ears early in the video below, we reasoned that it’s a good enough reason to post now about a parade that typically happens in the fall:

Jamnik is the Polish word for Dachshund, and in addition to being a popular pet in Poland, there are certain Polish things that are associated with Jamniki. Under Soviet rule, for instance, mass-development of standardized tower blocks (read: ugly)  in park-like settings were built using structural insulated panels in short order. One building constructed in 1973 is a 1,667 foot long building nicknamed Jamnik for its “Dachshund-like” length. Fans of the British Brit alternative rock band, Travis, might recognize the building as it was included in their “Love Will Come Through” music video.

Another reference can be found on Kraków’s Solaris Urbino 18 articulated buses used for public transport. A Varsovian jamnik – 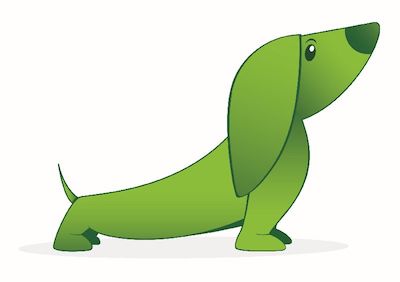 or green Warsaw Dachshund –  logo is pasted onto the left-hand corner and is supposed to symbolize the low-floor feature of the bus, a boon to the elderly and handicapped.The Dachshund’s “greenness” is a reference to the company’s environmental commitment.

When Pope John Paul II visited Poland in 1975, he was driven to the Częstochowa cathedral in another famous jamnik, an extended version of the Polski Fiat 125p, a Polish car manufactured from the late 60s to the 90s under license from the Italian company Fiat. It was a state-of-the-art car in the late sixties, and was to substitute the Warszawa, which by that time, was an obsolete design.

But what’s up with Dachshunds and Poles?

Some say that the breed showed up in Kraków over 500 years ago, and as of a few years ago, the Dachshund was the most commonly seen breed in the city of Kraków. The parade may have started out as a local “tip-of-the hat,” but it has grown into an international parade: In 2014, the “King” of the Parade came from Galicia, but his “Queen” came in from Tennessee.

The Dachshies begin their parade at Floriańska Gate, and walk down the “Royal Route” in front of the 15th-century Kraków Barbican, an old fortified outpost that was once connected to the city walls.  They pass by St. Mary’s Basilica, then enter Main Market Square (described by the TV travel show, Lonely Planet, to be Europe’s most beautiful square) where the finalists demonstrate a certain set of “royal qualities” to the panel of judges. These include the “distinctive walk,” an “elegant sit,” and “noble temperament.” The winner of the costume contest is also announced on the special stage.

Dachshund lovers, it’s not too soon to make your travel plans to Poland in time for the parade!