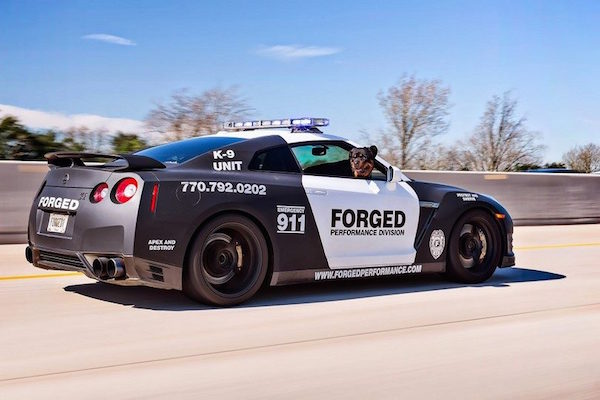 Dogs have been used by police forces and law enforcement agencies for over 100 years. Bloodhounds accompanied “bobbies” on patrol, and some make a case that the first ‘real’ police dog in history was “Luton,” a Bloodhound who was used in 1859 by police to track a murderer, the same breed used to hunt for Jack the Ripper in 1888.  In 1938, South London introduced a pair of specially trained Labrador Retrievers to the Metropolitan Police Force, and after the war, six more were added – dogs purchased from Yorkshire farmers who quickly earned their keep when they helped lead to the arrest of a pair of purse snatchers on their first night of duty.

We’re still researching this, but as far as we can tell thus far, it was Berkeley, California that broke with tradition in 1930 to 1940 by using Doberman Pinchers instead the more commonly used Airedales, German Shepherd Dogs and Belgian Shepherds of the day (German Shepherds still preferred by the Pennsylvania State Police which used them from 1931 to 1937). The Dobermans came from a local trainer who charged $1,000 for a full trained dog. Because the dogs weren’t handled by trained handlers, but by “average” street cops, they weren’t as effective as they might have been, and their use was discontinued in 1940 (the Marines would later reverse this during World War II in the Pacific Theater), but in the 1960s, Dobermans were again the breed of choice when dealing with rioters.