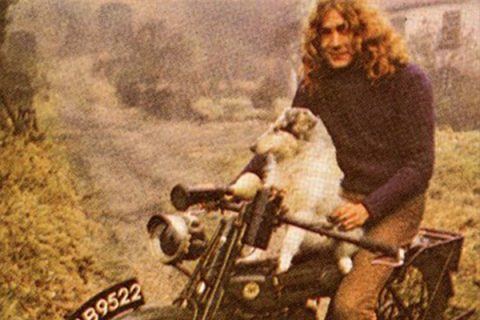 So maybe you’re not that much into rock bands and don’t know who Robert Plant is.  That’s ok. We’re pretty sure, however, that everyone has heard of Led Zeppelin, and Robert Plant was that band’s lead singer and lyricist. In addition to being the voice we sing along to when we hear the tune, Stairway to Heaven, Plant was the owner of a Collie named after “Strider,” who inspired the song named, “Bron Yr Aur Stomp.”  As you hear the song below, listen for the lyric, “Ain’t but one thing to do/Spend my natural life with you/You’re the finest dog I knew.” In some versions of the song,  Robert Plant was known to follow the song’s final line of “Hear me call your name” by shouting out “Strider!”  And now you know.