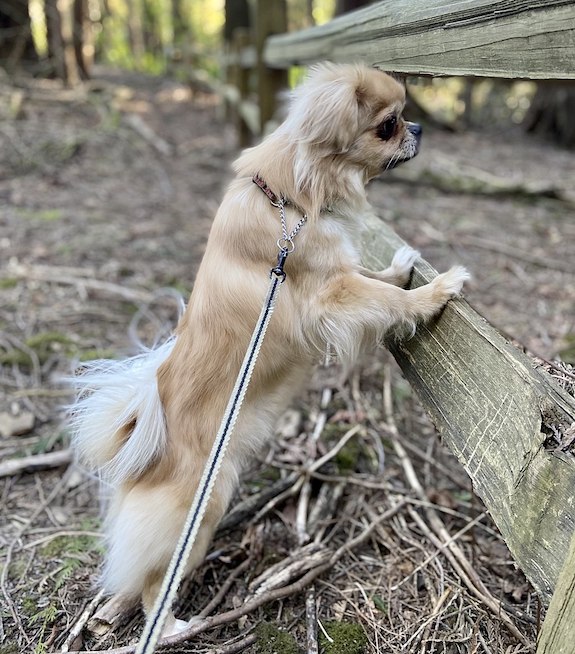 Perhaps it is because Tibbies originated from the “Roof of the World” that makes them partial to heights, but after checking with owners, we feel is safe to write that Tibetan Spaniels seem hard-wired to climb because they love to look around, and especially down.

In fact, owners will say that seeking the highest point in their environment (whether it’s a deck, the back of a couch, a landscaping wall, or even the low branch on a tree) is a breed trait. Tibbies simply love to survey their territory from heights, and long-toed paws that seem designed for sure-footedness helps them attain elevation relatively high to their own low stature.

Could the breed’s native land of Tibet where even lowlands average 15,000 feet above sea level account for this trait? It does seem far fetched, but we know it’s not a modern adaptation. Even the Tibbie’s ancestors preferred to act as sentry from the high walls and rooftops of monasteries.  In this regard, some say the Tibetan Spaniel is one of the most cat-like dog breeds because they will climb on virtually anything to see what is going on around them.