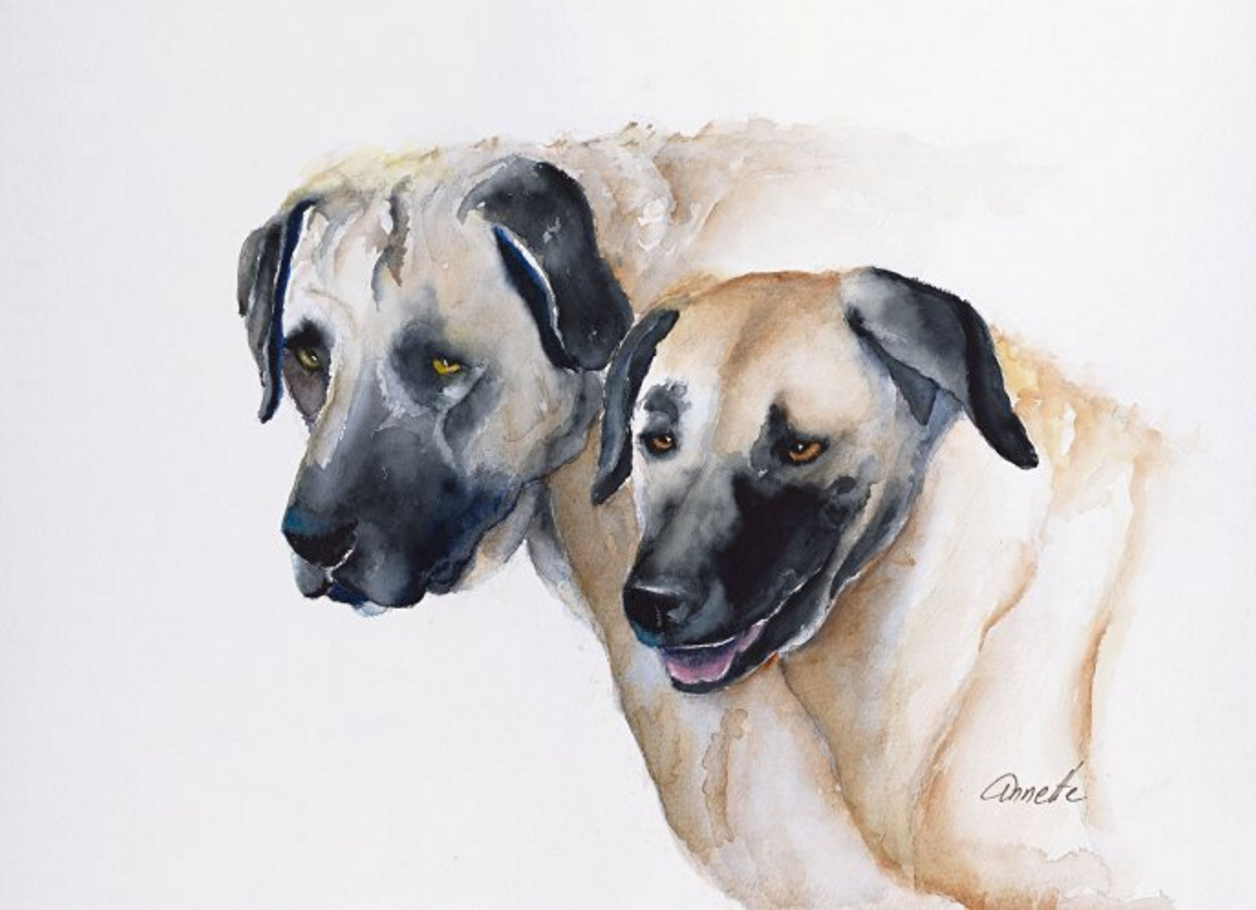 According to legend, the Kangal Dog is the result of two different species. The breed, it’s said, was derived from lions and tigers during Assyrian and Babylonian periods, and in return for getting head scritches, belly rubs, and leftovers, the dogs provided protection against wild animals.

Breeds that are “larger than life” inspire grand oral histories, and sometimes more than one.  The first Kangal, legend tells us, was given to Yavuz Sultan Selim, an Ottoman Sultan, by an Indian Maharajah. The sultan’s interest in the dog grew considerably after the dog fought with a lion in his palace, and killed it.  When an army arrived in Kangal Deliktas in nearby Sivas, however, the dog got lost; Kangals are descended from this lost dog.

At this point, we’re conflicted by what we’ve read about the breed in its native land of Turkey. Villagers are reported to take great pride their dogs, and the breed recognized as the national treasure in its home district of Sivas is protected by the Turkish government, pedigrees carefully maintained to preserve genetic purity. Some sources say that it’s now illegal to export Turkish Kangals to non-Turkish nationals, and the Kangal Dog Club of America indicates that importing a dog directly from Turkey is a risky endeavor. On the other hand, we’ve encountered gut wrenching accounts of endemic neglect at the hands of owners more interested in saying they have a Kangal, than in actually caring for the dog.  Bad owners exist everywhere, and we’re not sure what the reality is for the breed in Turkey.