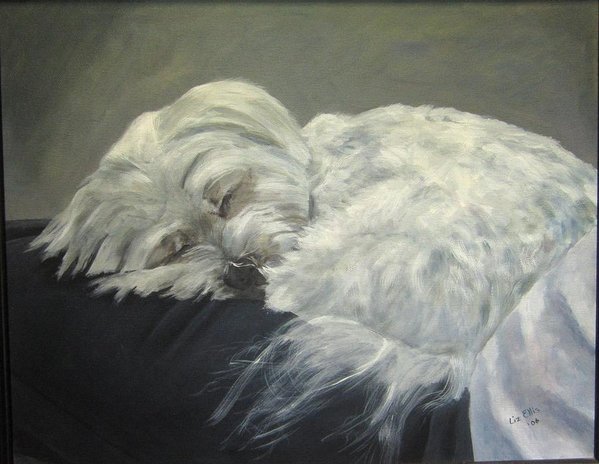 Of the many bichon-type breeds found in the areas around the Mediterranean, it’s possible that none has “enjoyed” as many names as the Maltese. In part, the sheer antiquity of the breed accounts for this since the breed has been companion to nobility for over 2000 years.  In its earliest days, it was known as the Roman Ladies Dog, Maltese Sleeve Dog, Melita, Melitaie dog, shock dog, and the Spaniel gentle.  In the 19th century alone, the Maltese that was shown at the Westminster Kennel Club Dog Show in 1877 was listed as a Maltese Lion Dog, while another one that exhibited at Westminster in 1879 was identified as a Maltese Skye Terrier. A bit later, the breed became known as the Maltese Terrier, an oxymoron that is still in use by those who don’t know better.

The origin of the word “terrier” in connection to the Maltese may have had its roots in the mid 19th century when debate raged among dog experts and writers over the question: To what dog family does the Maltese belong?” Dog fanciers in England felt it belonged to the terrier group because of what they felt was a terrier-ish temperament, including its prowess as a fearless ratter. Others disagreed and thought that the breed’s coat and body were more spaniel-like. Ultimately, it was concluded in the early part of the 20th century that the dog was neither terrier nor spaniel, and “Maltese dog” was settled upon. In 1888, the AKC accepted the breed as the Maltese, period.

When your people are home all the time, Mondays aren't so bad.