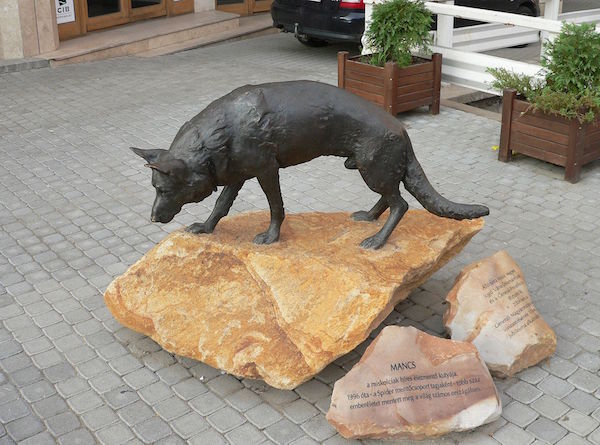 “Mancs,” was a German Shepherd Dog who worked as a Search and Rescue Dog in Miskolc, Hungary. “Mancs” (which means “paw”) was the most famous rescue dog of the Spider Special Rescue Team, in large part because of his special talent: Not only could he locate earthquake victims deep beneath the rubble, but he could differentiate between whether they were dead or alive, and indicate this to other members of the rescue crew. If the person was dead, Mancs would lie down. If the person was alive, he stood up, wagged his tail and barked. 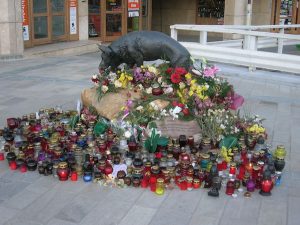 Mancs took part in several earthquake rescue missions with his owner, László Lehóczki, including the 2001 El Salvador and India earthquakes. Mancs became really famous when he helped rescue a 3-year-old girl who’d spent 82 hours under the ruins after the Izmit earthquake of 1999 in Turkey.

Mancs died 2006 at the age of twelve, one source says of pneumonia, another of pulmonary embolism. A statue of Mancs sculpted by Borbála Szanyi had already been erected in Miskolc two years before his death.