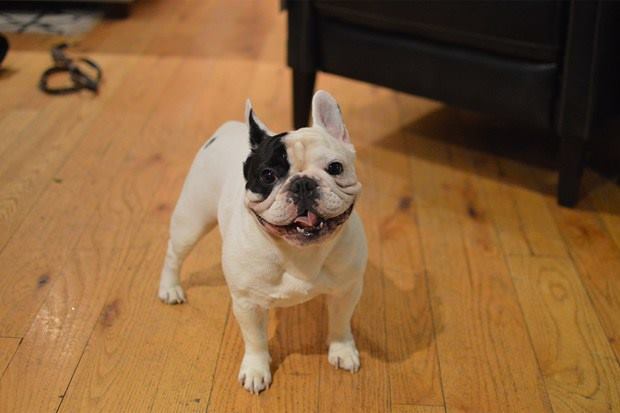 It usually starts with a photograph. The photo gets “liked,” retweeted, regrammed, commented upon and lulzed (lulz started out as the plural of “lol,” but now is used as a noun meaning interesting or funny). Next comes the followers. You post a new picture, maybe of your dog in a bow tie. More followers come. Companies start sending you outfits for your dog to wear. Voila, your dog is a star. And there’s money to be made.

American Apparel came knocking to partner to make T-shirts. “At this point we realised we could partner with people and give the proceeds to charity.” one of his owners said. They became more strategic in their approach, using hashtags and posting at certain popular times of the day. They put Manny into little outfits, but found that he “just does loads of funny things” anyway. “I turn my back and he’s being hilarious. I could spend all day long documenting what he’s doing.”

In addition to merchandise, there are quarterly Manny events where people can come and meet the popular pooch. Brands are also keen to send their products in the hope that they might appear in a post, and sometimes they will pay for the privilege.

Managing Manny has turned into a full-time job. So what are you waiting for? Open an Instagram account and start posting!