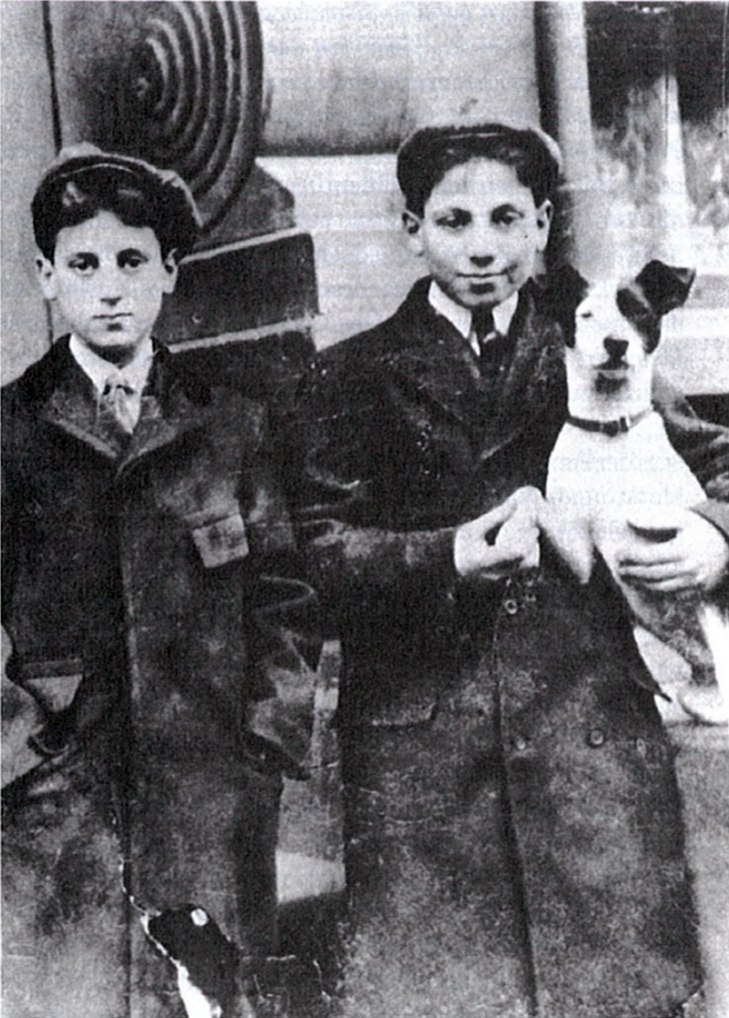 It’s our final hint about tomorrow’s Purebred of Interest: One of the earliest American fans of this breed, and also one of the first to bring the breed to the United States, was one of the Marx Brothers.

A twelve year old Julius Henry Marx (“Groucho”) is on the left, his fourteen year old brother, Adolph (known as “Harpo”) appears on the right, Harpo holding their terrier (alternately described as a Smooth Fox Terrier and a Rat Terrier) in a photo believed to be taken in 1906.

As an aside, writer, Lee Siegel, wrote not long ago that in his view, the Marx Brothers permanently changed American culture in 1929 with their movie, Cocoanuts. “For the first time, startled audiences were presented with the spectacle of people conducting themselves in a social situation as if they were not in a social situation at all, but alone, in the privacy of their own homes…The Marx Brothers’ explosion of private into public was a revelation. We rarely, if ever, say what we are really thinking when we are in public.”
Here’s the classic “contract scene,” from “A Night at the Opera” (1935)
[iframe id=”https://www.youtube.com/embed/6u8AgUXPpLM”]