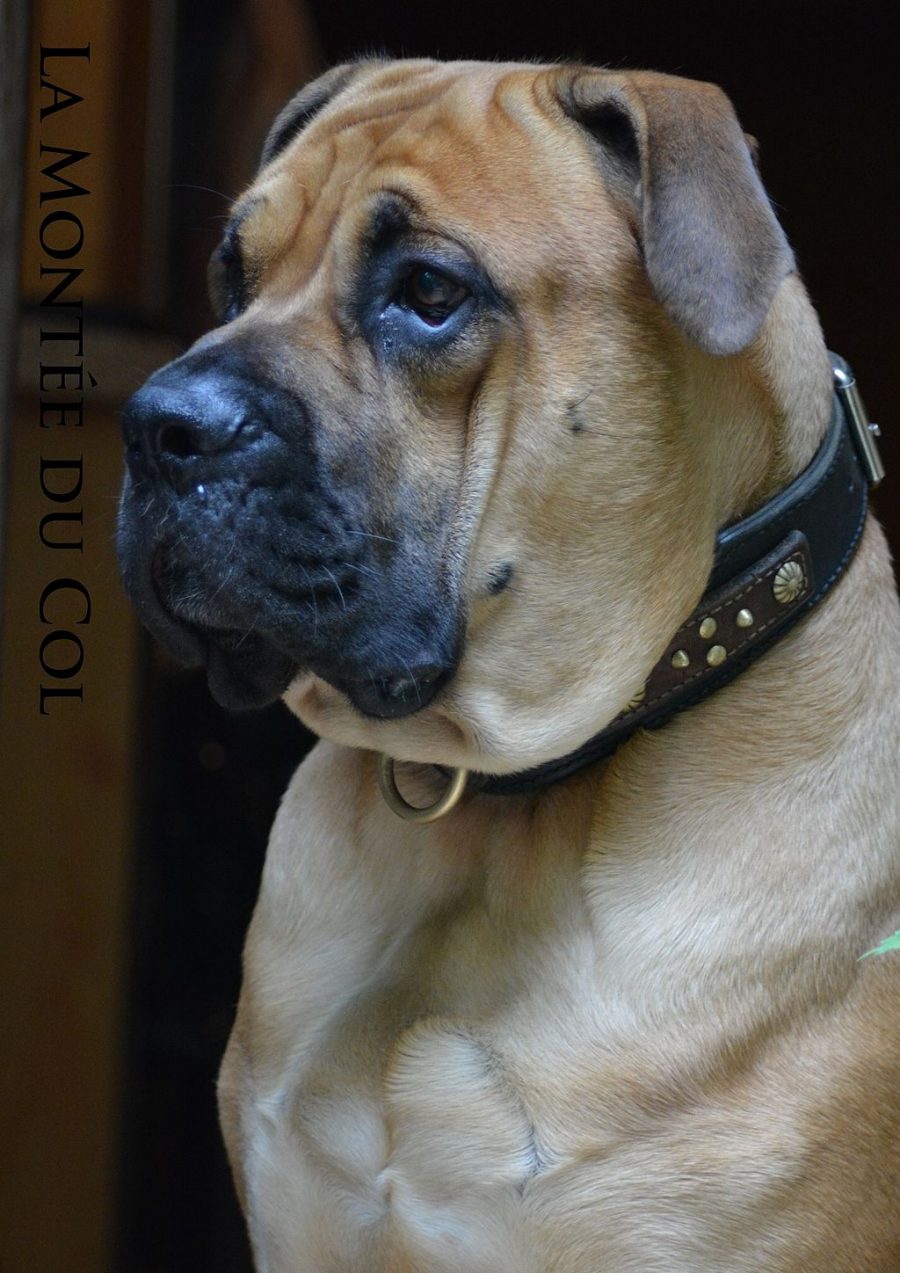 It’s always a pleasure for us to share breeds that are largely unfamiliar to many of us, and one such breed is the Perro de Presa Mallorquin, also known as the Ca de Bou, or Mallorquin Bulldog (and before we move on, it’s a good time to mention that perro de presa does not mean “fighting dog,” which would be perro de pelea). The name Ca de Bou literally means “Bull-Dog” in Catalan. Perro de Pressa Mallorquin is the Spanish variation of the name.

The Mallorquin’s origins are found on the island of Mallorca where the breed performed as a butcher’s dog, an accomplished herding dog, in bull baiting and dog fighting (hiss), and guard work for the Spanish who used them to protect their ships from robbers and pirates. The name, “Ca de Bou” probably began in 1713 with the English take over of the Balearics at the Treaty of Utrecht, but the breed’s ancestors date back much further, possibly to the 13th century. The Mallorquin was officially entered in the Spanish Stud Book in 1928, its first exhibition at the Dog Show in Barcelona in 1929, but the FCI didn’t recognize the breed until 1964.

The old version of this breed had large thick bones, powerful bodies and strong necks, and therein lies a bit of controversy. Some maintain that today’s version of the Mallorquin is a reconstruction of the Spanish breed that’s now extinct, while others say the breed was developed using the last remaining Mallorquin Bulldog in Spain which was bred to other breeds. There are those, too, who believe there were a few Mallorquins left, and that modern stock was produced using these last remaining dogs.

Interestingly, though the Mallorquin is a molosser breed, it doesn’t slobber. It is an extremely courageous, independent dog said to be at ease with people, forever faithful and devoted to their owner. That said, the Mallorquin was developed for power and tenacity, and we suspect it may not be a breed for inexperienced dog owners.

We’ve read that there are very few breeders of Mallorquins around today,  and that the total genetic pool is very restricted. There are only some 250 of these dogs in Spain, but on a cheerier note, interest in the breed is growing. In the ’90, the breed was being exported to Poland, Japan, Russia, and the USA, and many of the more important breeders are now found in those countries. Touching once again on the earlier controversy we mentioned, there are some Spanish judges and breeders who consider the Mallorquin Mastiff to be extinct and don’t recognize today’s breed as the same dog. We leave it for the breed experts to sort it out.