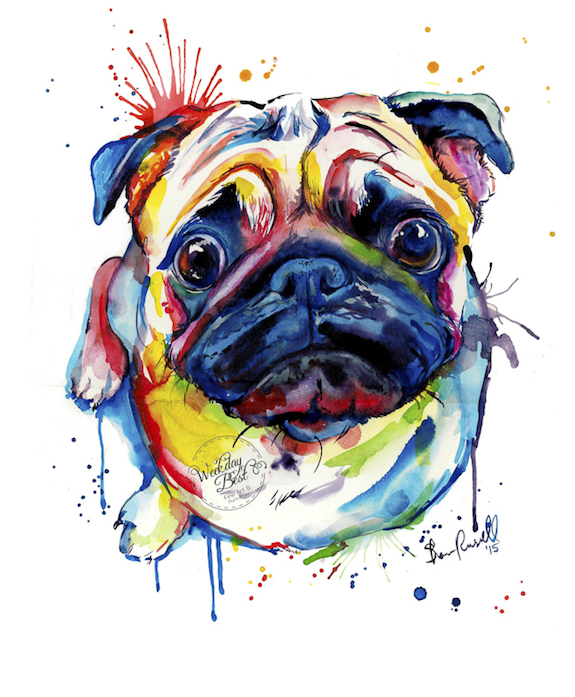 You would expect the word, “massive” to appear in the standards of large breeds, and you wouldn’t be disappointed. Being massive is so important in the Neapolitan Mastiff that the absence of it is to be so severely penalized as to eliminate the dog from competition.  So, too,  the word appears for the overall appearance of the Newfoundland, Mastiff, Rottweiler, and Great Dane (males).  As for other breeds in the working group, it applies to the heads of the Saint Bernard, Akita and Dogue de Bordeaux.

It might surprise some readers that at the other end of the literal scale are toy breeds, and yes indeed, “massive” appears in the standards of two breeds, the Pug and the Pekingese, each time describing the head or top skull.

In between, we find “massive” when describing a Basset Hound’s paws, a Clumber Spaniel’s bone, a Bulldog’s head and jaws, and a Bergamasco’s shoulders. There is only one breed smaller than one of the aforementioned large working breeds whose standard calls for the dog to have an overall massive build, and that is a dog that stands only 13 to 15 inches at the shoulder and weighs up to 45 pounds, the Sussex Spaniel.  When one considers the job of both the Clumber and Sussex Spaniels, it make sense: These are breeds that work by forcing their way through thick undergrowth. Think bulldozer.  Plowing through dense vegetation on oppressive terrain makes birds take flight and rabbits run.

But why does a Bergamasco have massive shoulders? Easy. The Bergamasco is a mountain sheepdog. Large, strong shoulders are essential for a dog that has to move both up and down hills where extra effort is required, but while expending less energy. Bergamascos will move at a trot, but when a path becomes too steep, the dog either slows down or advances in leaps. That takes strong shoulders.

How about feet?  Basset Hound front feet tend to turn a bit outward. With their wide shoulders, this requires a balance mechanism, and that’s where the outward turning and big feet enter into play. It helps give the dog greater stability and balance as she maneuvers over rough terrain.

More obvious is the Bulldog’s massive head and jaws. In the heinous “sport” of bull-baiting, a large head and jaws was selectively bred into the breed to prevent it from injury as it worked to overcome a bull. There is a lot of power in those jaws, and it wouldn’t do to have a delicate head around them.

We conclude with the two toy breeds.  Nigel Aubrey Jones once said that the Pekingese head is the stamp of the breed.  “No matter how wonderfully conformed a Pekingese is or how typically it moves, without a good enough head , its progress will be minimal.”   As a favored companion in the imperial Chinese court, the Pekingese was meant to suggest lionlike courage, and we presume that a large head suggested a leonine presence.

We confess that we would be guessing as to why the Pug head is large. Certainly the Pug’s face is one of its trademarks, and it’s large because the head is large. Originally native to China, the Pug, is thought by some cynologists to have been developed by breeding the shortest haired Pekingese or by crossing the Pekingese with a shorter haired dog. DNA studies confirm that the Pekingese is the older of the two breeds, so it’s plausible. We certainly invite the input of Pug experts to help us understand this better!