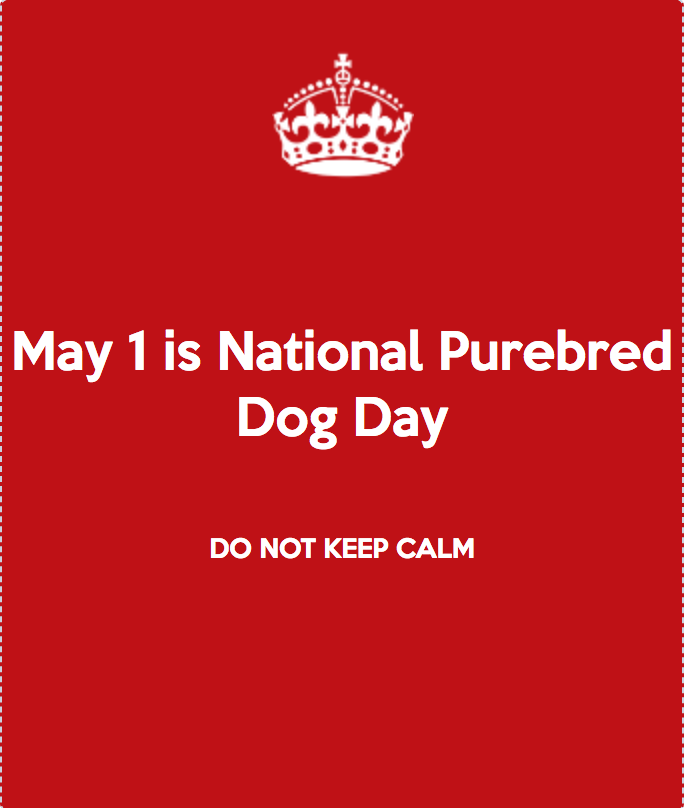 National Purebred Dog Day® celebrates the heritage, diversity and predictability of the purebred dog. Each breed is a living legacy of the culture that created it for a reason, each breed indelibly etched in that culture’s history just as surely as its music, art, and language.

The day marks an opportunity to bring balance to the conversation about responsible dog ownership by including the voice of purebred dog owners. All dogs should be valued, whatever their ancestry, but the purpose-bred dog and the predictability of its breed is to be cherished and preserved. Over 400 dog breeds exist in the world today, but many are at risk of vanishing forever in our lifetime. Twenty-eight breeds of British and Irish origin alone are declining in numbers in their country of origin, several of them outnumbered by Panda Bears.

Historically, purebred dogs have worked alongside their people and provided them companionship while serving as guide dogs, service dogs, conservation dogs, livestock guardians, search and rescue dogs, earth dogs, police dogs, canine soldiers serving by the sides of our military men and women, and ultimately guardians of family, home, and hearth.

Purebred dogs have been of enormous help to medical science, serving as models for many heritable human diseases, playing a role in humanity’s understanding of the human and canine genomes, and serving as avalanche dogs, trackers and trailers, herders, controllers of vermin, water rescuers, carting and sled dogs, retrievers, protectors, hunters, and bird dogs, and always they are the heartbeat of a companion near and dear to humans. These dogs are not found under cabbage leaves, but are bred by ethical breeders invested in the legacy of their respective breeds. They are its conservators by producing the next generation of healthy, sound, and well socialized canine citizens.

NPDD believes that a life long, mutually satisfying relationship between owner and breed starts with education. Fewer dogs would end up needing a new home if prospective owners were better versed before they get a dog, and that includes being aware of all that comes with its breed, be it slobbering, shedding, barking, or having a strong prey drive. One person’s “deal breaker” may go unnoticed by another. This website seeks to educate its readers while offering a little trivia,  current events, and factoids about why soundness matters in a dog that will never set foot in a show ring. We are a community bound together by a love of all dogs, but especially an appreciation of purebreds dogs – “museum pieces with a pulse.”

On March 10, 2015, Colorado became the first state in the country to recognize May 1 as National Purebred Dog Day® by joint resolution of the House and the Senate, and with the endorsement of the American Kennel Club. Since then, the States of Connecticut and Georgia have also recognized the day. In 2017,  United States Congressmen and veterinarians, Ted Yoho (R-FL), Ralph Abraham (R-LA) and Kurt Schrader (D-OR) introduced a Congressional Resolution (H. CON. RES. 46) in support of designating a “National Purebred Dog Day,” an effort driven by the American Kennel Club.

See the video below that was shown to Colorado legislators prior to the vote:

And for anyone wondering: 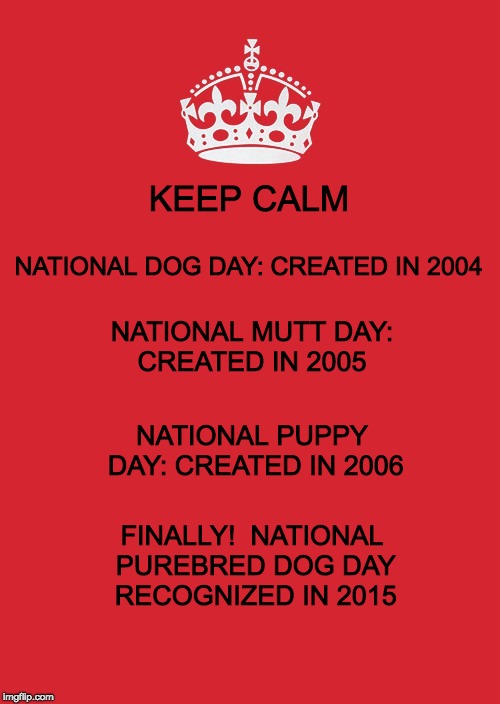