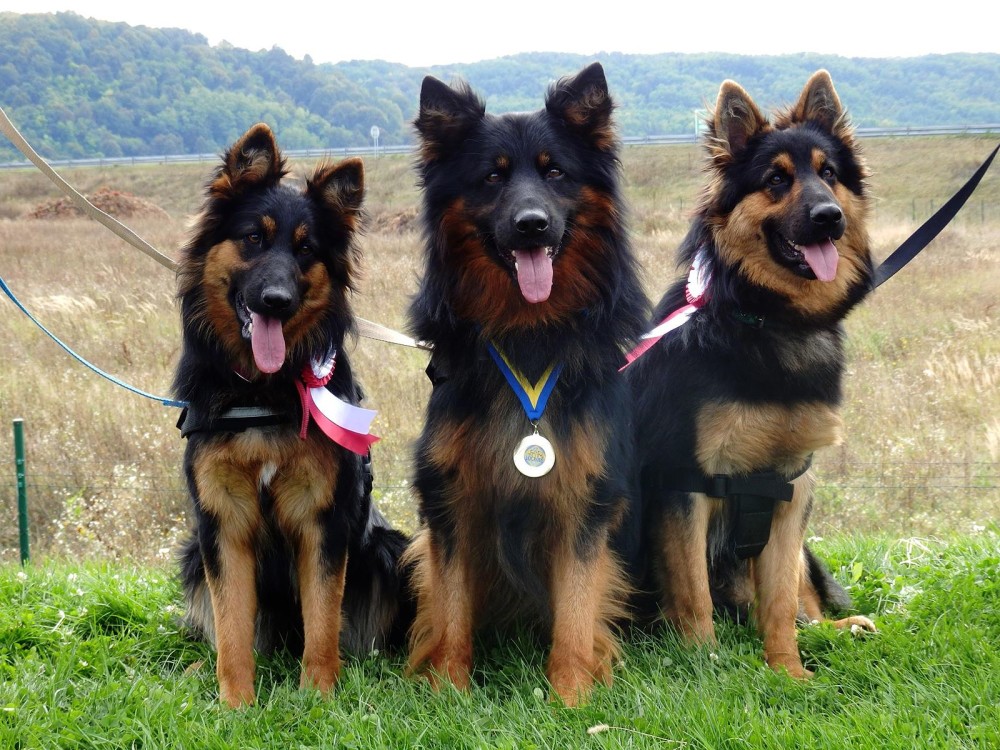 Meet the Bohemian Shepherd, also known as the Czech Shepherd Dog, Chodenhund, or Chodsky pes. We’ve come across a bit of controversy regarding this breed. Some maintain that it’s nothing more than a strain of German Shepherd Dog that isn’t recognized by any major kennel club in the world (though the breed is recognized nationally in the Czech Republic). Note: Since this piece was written, the breed has been accepted by the Fédération Cynologique Internationale).

Other sources write that the Bohemian, or Czech Shepherd was probably one of the predecessors of the German Shepherd Dog since it was known to existed in the Czech Republic as far back as the 1300s. Still another source states that it’s not really a Czechoslovakian breed, but Czech in name only because the Czech and Slovak Republics didn’t merge until the early 20th century, and are separate again. We leave it to the experts to sort out. We’re just passing along the information.

These are highly social dogs who love their people with breathtaking intensity, and lots of exercise. As a working breed, it does well in obedience, agility, and protection, but requires a gentle hand, as do most intelligent breeds.

7 thoughts on “Meet the Bohemian Shepherd”